The Role Played By Traditional Irish Music In My Life

VagaGuide Bébhinn grew up on Clare Island surrounded by traditional Irish culture and music has continued to play an important role in her life. 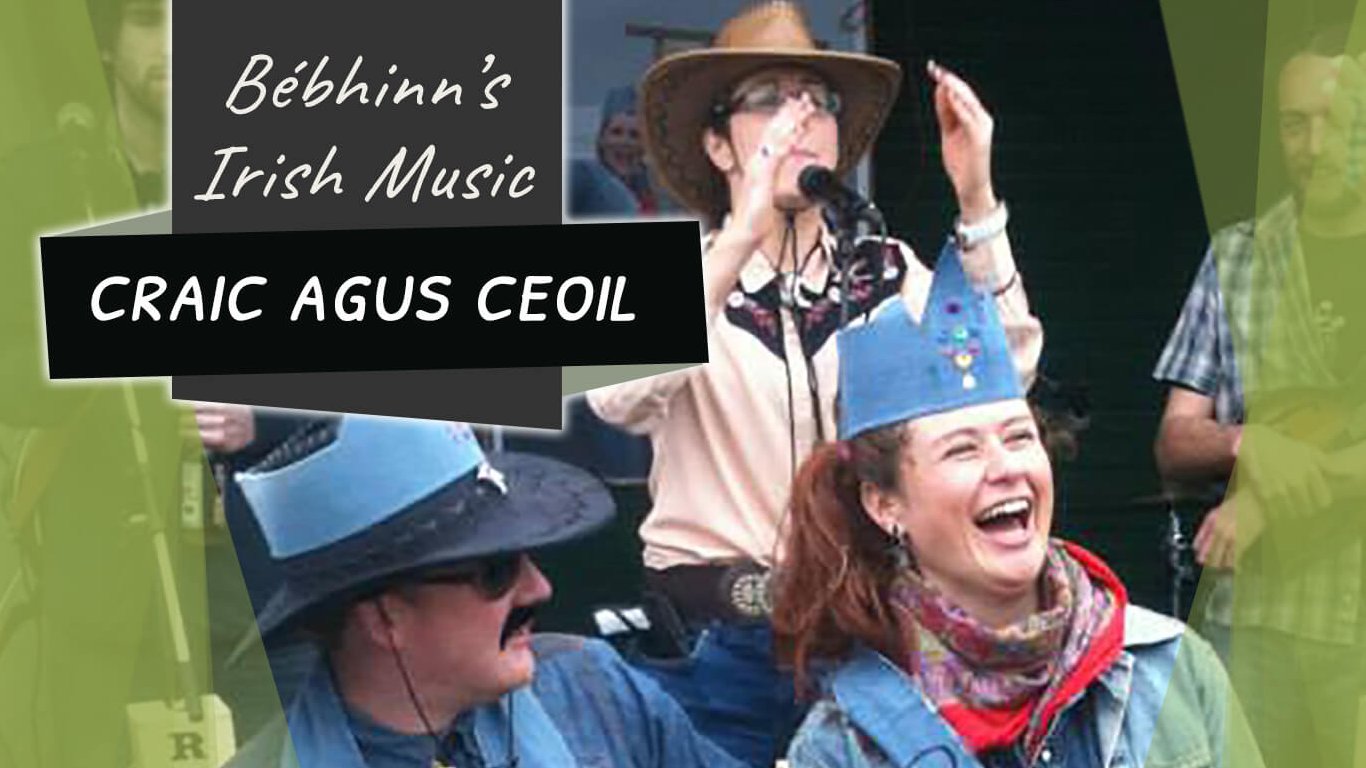 From an early age, music lay at the heart of my life. The melodies of traditional Irish music have echoed around me ever since.

Today, I lead Vagabond and Driftwood Small-Group Tours of Ireland as a VagaGuide. If you tour Ireland with me, you'll venture to amazing off the beaten track destinations with laughs and fun a-plenty. But you'll also take a journey of discovery into Irish culture and music.

Irish Music In My Childhood

I grew up on a small island located just off the west coast of Ireland. Clare Island faces directly into the wild Atlantic Ocean. The music of the sea and wind - at both its stormiest and calmest crescendos - was my first experience of natural Irish sound effects!

The rugged climate of Clare Island combined with my Dad's eclectic taste in music (Bob Dylan, Van Morrison and Tom Waits, to name but a few) to finely-tune my ears to the hypnotic and tantalising sounds of music.

Traditional Irish music lies at the core of life on Clare Island, my childhood home. The local priest was one of Ireland's top accordion players. He also happened to be our music teacher. I am lucky enough to have learned a few tunes from him.

Traditional music was complemented by dancing. My elementary school teacher was dedicated to teaching us traditional Irish set dancing. My schoolmates and I were passionate about both Irish music and dance. I remember on more than one occasion, children being swung over chairs and tables as the beat got faster and the spinning became out of control!

The passion for music was not just for the children of the island. All community events on Clare Island centred around ceoil agus craic (music and fun). Whether it was a wedding, a funeral, a football match or Mary-Joe buying a new washing machine, anything served as an excuse for song and dance.

Coming with us on an off the beaten track Ireland tour? You will definitely hear the following five instruments at some point in your trip.

The Irish Harp - Symbol of Ireland

The harp is strongly symbolic of Ireland and its traditions. The harp (not the shamrock) is the official emblem of Ireland. It resides on the President's flag and, of course, forms the logo of that most famous of brews - Guinness!

The harp was a popular instrument in ancient Ireland. At this time, harpists were employed by kings to compose and play music for their courts. It's easy for me to imagine the ethereal sound of the Irish harp entertaining a hall of medieval chieftains!

The connection between harps and Irish culture became a weakness during the conquest of Oliver Cromwell in the 17th century. Not only did he persecute and kill the local population all across Ireland, but Cromwell suppressed symbols of local culture in general, ordering the destruction of harps and forbidding harpers to congregate.

Playing and composing on the harp enjoyed a revival in the latter part of the 19th century in line with the Gaelic Revival of the time.

Harps are beautifully-crafted instruments. You really need to see them played live to appreciate their ornate construction. Because they're not very mobile, they are not commonly used in Irish music sessions in pubs. You may have to look a little harder to find one.

One place that you can see an authentic traditional Irish harp is Trinity College in Dublin.

The bodhrán (pronounced baw-rawn) is a circular Irish frame drum. Its rhythm forms the heartbeat of any good traditional sesúin (music session).

The drum is believed to have been used in times of war. Its loud sound is supposed to awaken the spirits and heighten the emotion before a battle. Made from goatskin and played with a 'tipper' or 'beater' made from animal bone, the bodhrán doubles as a skin tray for collecting turf and grains.

The name is derived from the Gaelic/Irish word 'bodhar' which translates as 'deaf' or 'haunting'.

Bodhráns are commonly played in traditional music sessions so you are certain to see one in action. Meander through the streets of Galway on a 7 Day Driftwood Treasure Ireland Tour and you'll be sure to hear the heartbeat of a bodhrán, pulsing from the pubs along Shop Street.

Scotland has the bagpipes. Ireland boasts the uileann pipes.

The word 'uileann' is the Gaelic/Irish for 'elbow'. Why? Well these pipes are played with the elbow, not the mouth (like bagpipes).

Uileann pipes have a wide range of tones and notes. They are mostly played indoors at sesiúns. Unlike with bagpipes, an uileann piper is usually sitting down while playing.

If you are lucky enough to visit Dingle, a small vibrant music town in the Southwest of Ireland, you may follow your ears to hear Eoin Duignan, one of Ireland's most renowned pipers who plays regularly with other local musicians.

The fiddle is an integral part of any good traditional Irish music sesiún.

A fiddle is identical to the violin. The main difference is that the Irish fiddle is played in a different style according to which region of Ireland you are visiting. Michael Coleman, born in the late 1800s, near Sligo in the West of Ireland, has been credited as one of Ireland's most influential fiddlers.

Historically, the fiddle thrived in rural Ireland. This was due to its low cost, its portability and the fact it was relatively easy to learn.

Be sure to check out Caoimhín Ó Raghallaigh, known for his drone based fiddle style (influenced by the uileann pipes):

The flute is another instrument you're likely to see while tapping your foot at a good sesiún ceoil.

The Irish flute is a simple system transverse flute, developed from the classical version. It's normally made of wood and played in a major scale. The flute has its strongest connection a with the mid-western counties of Ireland.

One of Ireland's finest and most famous flute players is Matt Molloy.

Hailing from Roscommon, Matt joined the folk group Planxty in the 1970s and went on to become famous with the globally renowned traditional Irish band, The Chieftains.

If you happen to be in Westport on our 7 Day Vagabond Magnetic North Adventure Tour, be sure to drop into Matt Malloy's pub, famed for its traditional Irish music, Guinness and craic.

Where to Hear Irish Music in Ireland

You are guaranteed to hear traditional Irish music and instruments on our Vagabond and Driftwood Small-Group Tours of Ireland.

A typical Irish music sesiún will involve many musicians gathering together playing tunes with each other for pleasure. The atmosphere is informal and educational. Throughout the sesiún, players will lead a tune and those who know will play along. Sometimes some of the less experienced musicians who are new to a particular song will listen and join in once they start to learn the notes.

Siopa Ceoil in Dingle is a particular favourite of our guests: