The Best Books to Read About Ireland Before Your Trip

Get a flavour for this magical land with our updated list of the best books to read about Ireland.

For a small, craggy island in the north Atlantic, Ireland produces more than its fair share of writers, playwrights and poets.

But what are the best books to read about Ireland in 2022?

We asked friends on our Vagabond and Driftwood Community for their favourites.

Read on for the results; the best fiction, factual books, cookbooks and kids' books about Ireland.

Ellen (and lots of other people) recommended Dublin, Princes of Ireland and Rebels of Ireland, all by Edward Rutherford. 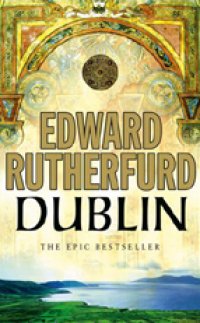 Spanning millennia, Rutherfurd seamlessly merges real life historical events with fictional writing. He succeeds in transporting the reader back to a bygone era.

Carolina loved reading the novel 1949 by Morgan Llywelyn. It's the third book in a series portraying characters caught up in Ireland's 20th century fight for independence.

Grania: She-King of the Irish Seas (also by Morgan Llywelyn) received several recommendations from our Vagabonds and Driftwooders. 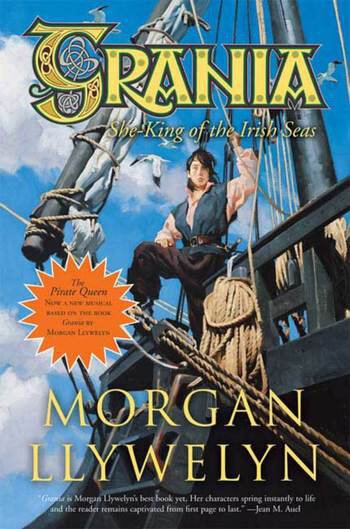 You can read more about Grace O'Malley / Granuaile on our Pirate Queen blog.

Ireland by Frank Delaney comes recommended by our past guest Dan: 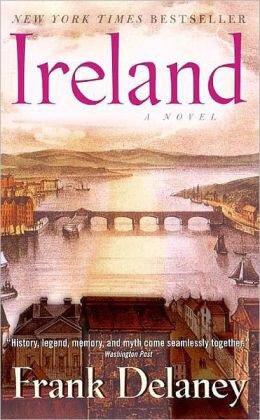 "Love how he presents the history and storytelling. The audiobook is incredible."

Rob and Richard both recommended Finnegan's Wake by James Joyce. 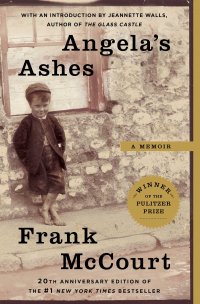 Later made into a successful film, Angela's Ashes is the first of three memoirs by Irish-American Frank McCourt. It opens with the author's early childhood in Brooklyn, where he was born. But the family returns to Limerick. According to McCourt, they were the only family heading in that particular direction - as anyone with any sense was heading the other way.

Even as the family struggle with crippling poverty and alcoholism, the author lifts the grim subject humour and charm lift

Over on our Facebook page, Murphy said, "For historical context, I loved How the Irish Saved Civilisation by Thomas Cahill". 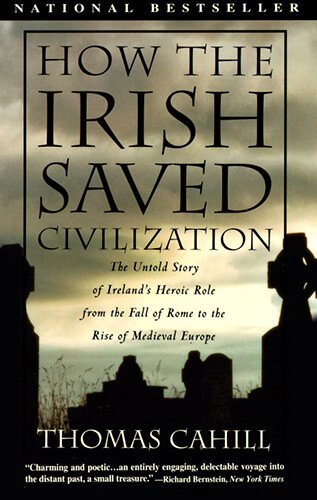 Martyn and Joe both loved Last Night's Fun: In And Out Of Time With Irish Music by Ciaran Carson. 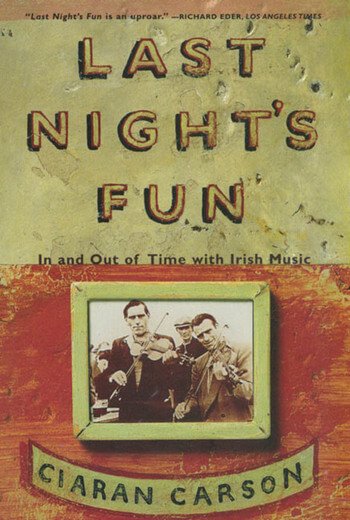 If you like Irish music, or have ever spent time in an Irish pub, you'll probably love it too!

Sara said one of her favourite books about Ireland is McCarthy's Bar by Pete McCarthy. 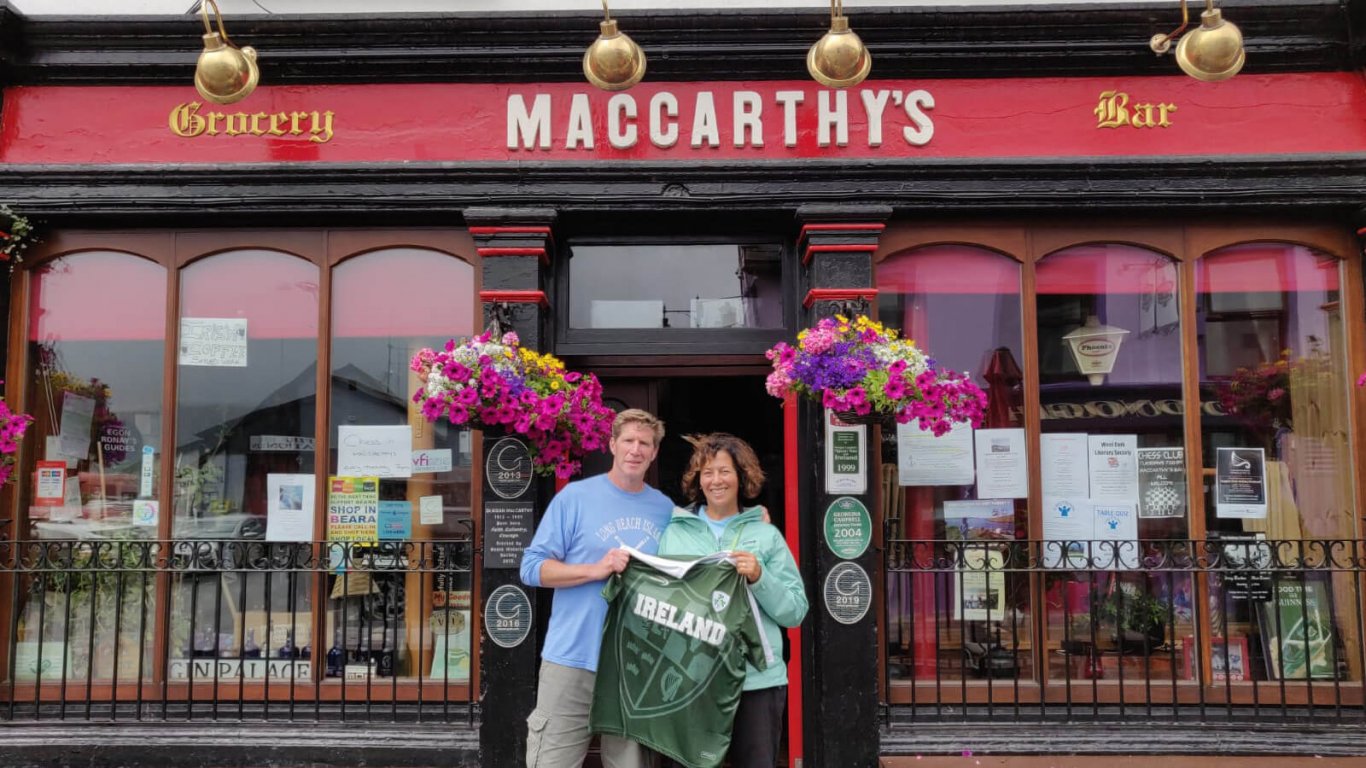 Did You Know? You get to actually visit the real McCarthy's Bar in Cork on our 12 Day Vagabond Giant Irish Adventure Tour. 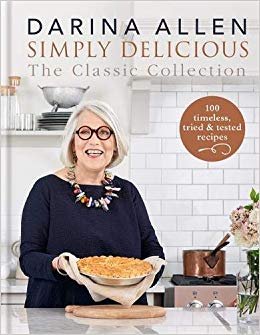 Darina Allen is Ireland's answer to Julia Child; a pioneer, who has helped reinvent Irish cuisine over the course of her career.

Everyone in Ireland grew up with Allen's Simply Delicious series of cookbooks. This modern version pulls together her favourite recipes, updating them for the 21st century.

If you're interested in Irish food, it's certainly one of the best books to read about Ireland and it's cuisine.

Vagabond Tours now has it's very own 6 Day Epic Ireland Food Tour taking in the best of Ireland's unique cuisine.

Renaissance Nation and The Pope's Children by David McWilliams 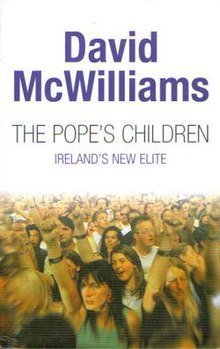 A standout on any list of the best books to read about Ireland, economist David McWilliams helps explain how modernity arrived in Ireland.

Between Pope John Paul II's visit in 1979, and the Celtic Tiger years of the early 21st century, Ireland transformed itself.

Formerly a rural, religious society, Ireland has been urbanised, modernised and globalised over a very short space of time. 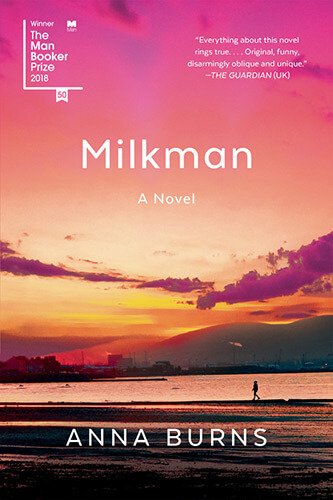 This stylistic novel about Northern Ireland won the 2018 Man Booker Prize in the UK. 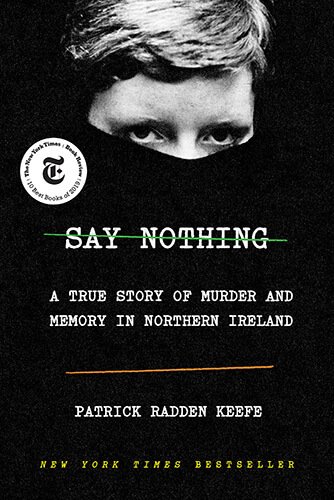 Say Nothing by Patrick Radden Keefe was recommended by Steve: "A real eye-opener, mostly about The Troubles."

Natives and Newcomers: Essays on the Making of Irish Colonial Society, 1534-1641 by Ciaran Brady

Jerome recommended this one: "Anything on the Elizabethan plantations and the plantation of Ulster would go a long way to explaining how complex Irish history is-and the different perceptions on what it means to be Irish today."

Jane and Monica both enjoyed Trinity by Leon Uris 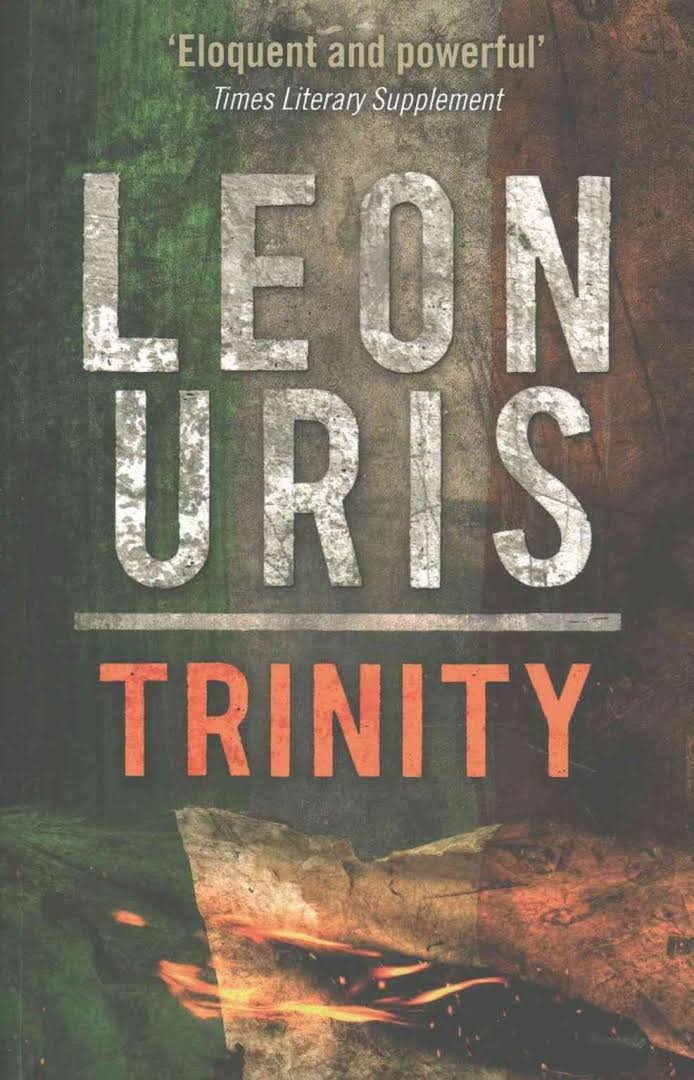 Set at the turn of the 20th century, Trinity tells the story of intertwining families and a love story that crosses the social and religious boundaries between them: The Larkins are Catholic hill farmers from Donegal. The MacLeods are Protestants shipyard workers from Belfast.

The book centres on Conor Larkin, a young idealistic Catholic rebel. Conor falls for a valiant and beautiful Protestant girl who defies her heritage to join the Republican cause. Though fictional, the historical background to Trinity is brilliantly researched and makes for a captivating read.

The Barrytown Trilogy by Roddy Doyle is a modern Irish classic. 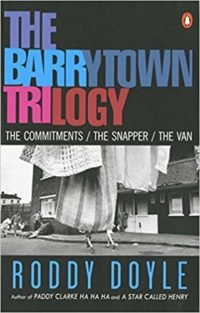 All three Barrytown books have been made into movies. All three are hilarious!

When journalist Brian O'Nolan wrote under the pseudonym Flann O'Brien, he managed to capture the often surreal humour and madcap nature of life in Ireland.

Tracy, Nancy and Elizabeth all loved Round Ireland with a Fridge by Tony Hawks. 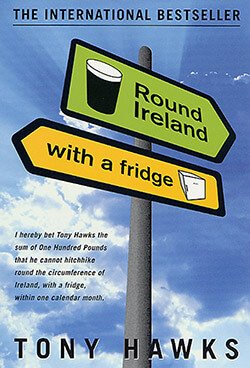 Hitchhiking is not everyone's cup of tea. Now imagine a large, kitchen appliance coming along for the ride!

Englishman Tony Hawks lost a drunken bet and found himself in this ridiculous situation.

It's a bit crazy. It's very funny. But isn't that the Emerald Isle in a nutshell?

This really is one of the best books to read about Ireland.

Fridges are an optional extra when you tour Ireland on our 11 Day Driftwood Discover Ireland.

At VagaHQ in Ireland, we keep a hallowed copy of Irelandopedia by Fatti Burke. 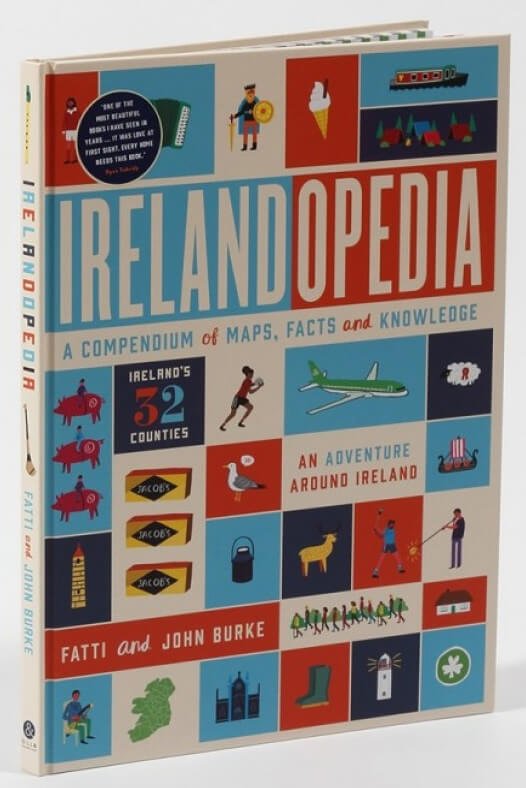 This beautifully illustrated book is an accessible and very funny encyclopedia of all things Ireland.

In a similar vein, one of our top fans, Wanda, recommended Irishology by Ronan Moore. 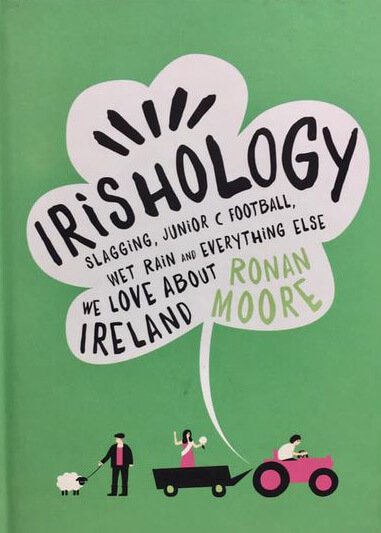 According to Wanda, this is a "great craic" and helps explain lots of peculiarly Irish phenomena.

Confused? You should check out What Are Some Things The Irish Do Best? 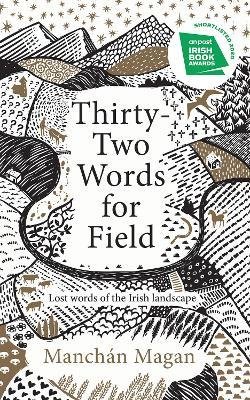 “Before we cast old words aside, let us consider the sublime beauty and profound oddness of the ancient tongue that has been spoken on this island for almost 3,000 years.”

This love-letter to the Irish language manages to tie together many strands of Irish history, mythology and modern culture in a poetic, cerebral but still very readable package.

The Táin translated by Thomas Kinsella 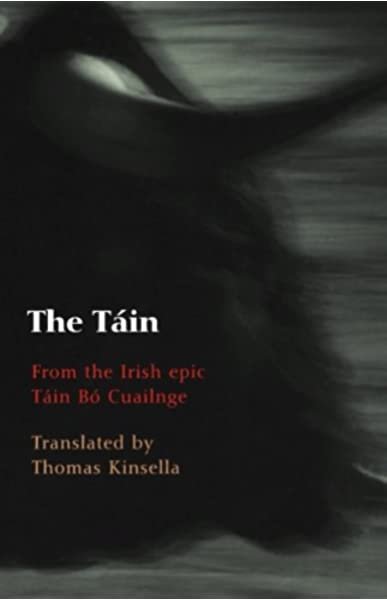 This epic tells the story of a great cattle raid by the armies of Queen Medb (pronounced May-uv).

The great hero of the tale is Cu Chulainn, a figure central to Irish (but also Scottish and Manx) mythology.

Thomas Kinsella's evocative and energetic interpretation of The Tin brings to light the savagery and strangeness of early Christian Ireland. A great choice if you'd like to dive deeper into Irish mythology.

A Treasury of Irish Folklore by Padraic Colum 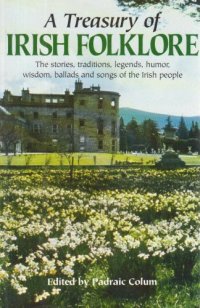 Drawn from legend, ballad and song, this is a great introduction to Irish folklore.

In an age before TV and radio, storytelling around the hearth lent itself to a continued oral tradition and a reputation for Irish poets, writers, wit and wisdom.

First printed in 1944, A Treasury of Irish Folklore is one of our top picks among the best books to read about Ireland. It's full of Irish humour!

If ...[those girls] were hanged for their beauty, they'd die innocent."