Should I buy rounds? How do I tip? Find answers in this essential Irish pub etiquette guide for your tour of Ireland.

Pubs are still the heartbeat of many Irish communities.

They're the place where locals meet and exchange news.

Families and friends often retreat to pubs to celebrate or mourn together, after weddings and funerals.

They're where musicians meet to play live. In fact, if you're a music fan, make sure you also read 10 Songs For Your Ireland Pub And Music Tour

Now read on, intrepid Vagabond, to learn the rules for visiting Irish pubs...

How To Buy Rounds In An Irish Pub

Have you heard the phrase 'buying rounds' but are unsure how it works?

In Ireland, it's standard pub or bar practice to buy drinks in 'rounds' if you're drinking in a group. 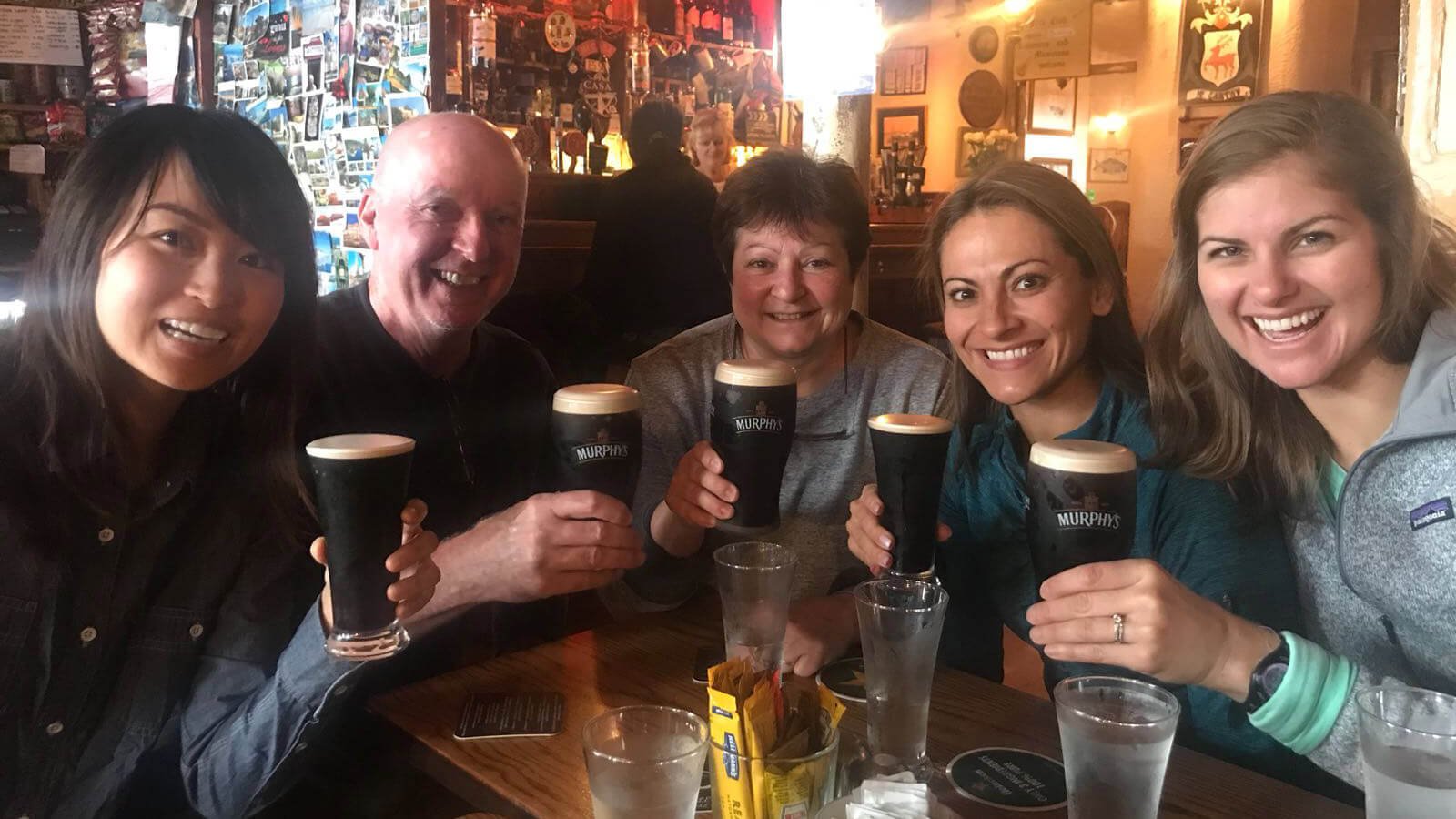 Rounds simply mean that each person will pay for all of the group's drinks in turn.

The first 'round' of drinks is bought by person number 1.

The second round by person number 2.

And so on, until people stop drinking.

How do I buy rounds?

Rounds start when, upon entering a drinking establishment, someone in your group says something like: I'll get the first round, what are you having?

IMPORTANT - if you accept an offer of a drink, you are in the round. There will now be an expectation that you will buy a round of drinks, before the first person buys again. In Ireland, it's considered a little tactless to accept a drink in a round without offering to repay the round later.

If you don't plan on drinking much or don't want to get into buying rounds, it's perfectly acceptable to decline and not get into a round in the first place.

Here's the confusing bit: Irish people will often offer to buy you a drink outside a round. Being offered a drink does not mean that your new Irish pal expects or will even accept one in return. We're friendly like that!

If you're with a large group, don't worry about having to buy 10 pints! Generally smaller groups will break off into rounds. Buying rounds in larger groups is usually only done during special occasions.

Find out more about some of our favourite Dublin pubs. 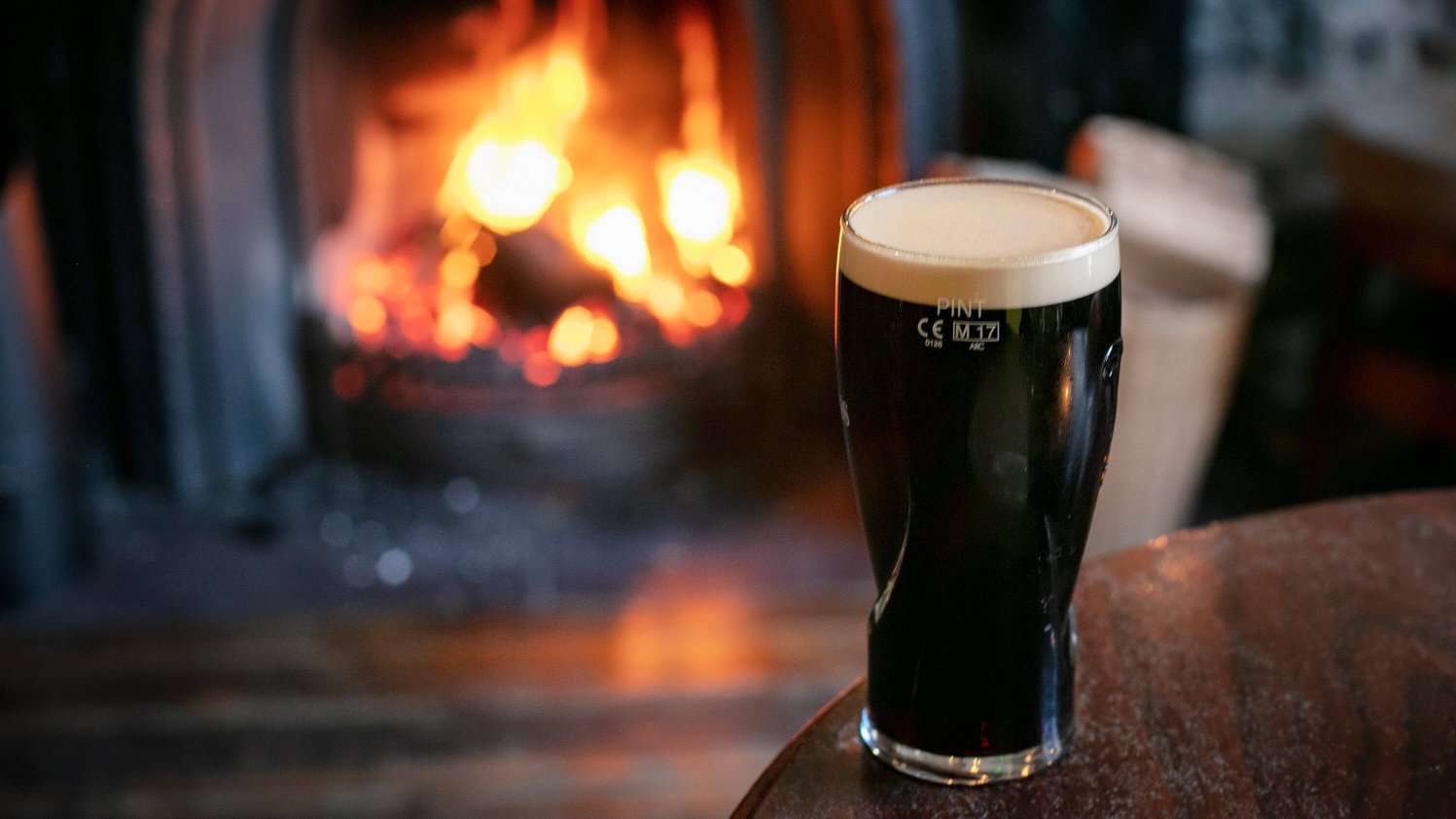 Irish people generally dress quite casually. Going to pubs is no different. Unless youre going for a night 'out on the town', dressing relaxed is the norm.

You may want to put on shirt, a fancy top or a smart pair of jeans. You're unlikely to be refused entry to anywhere wearing casual footwear, sneakers etc., with the exception of a few fancier pubs in bigger towns and cities.

Tipping in pubs in Ireland, isn't expected, but is always appreciated.

It's important to remember though that the system for tipping in pubs in Ireland is different to that in the USA. You don't tip the barman per drink; only when buying a large-ish round, for complicated cocktails, or at the end of the night. Or if the barman just has a cute accent.

If you order a round of drinks at your table, it's acceptable (but not expected) that a euro or two is left for the waiter's service.

If you're being served food and drink at your table, 10-15% of the total bill is the normal tip amount.

Find out more about tipping in Ireland. 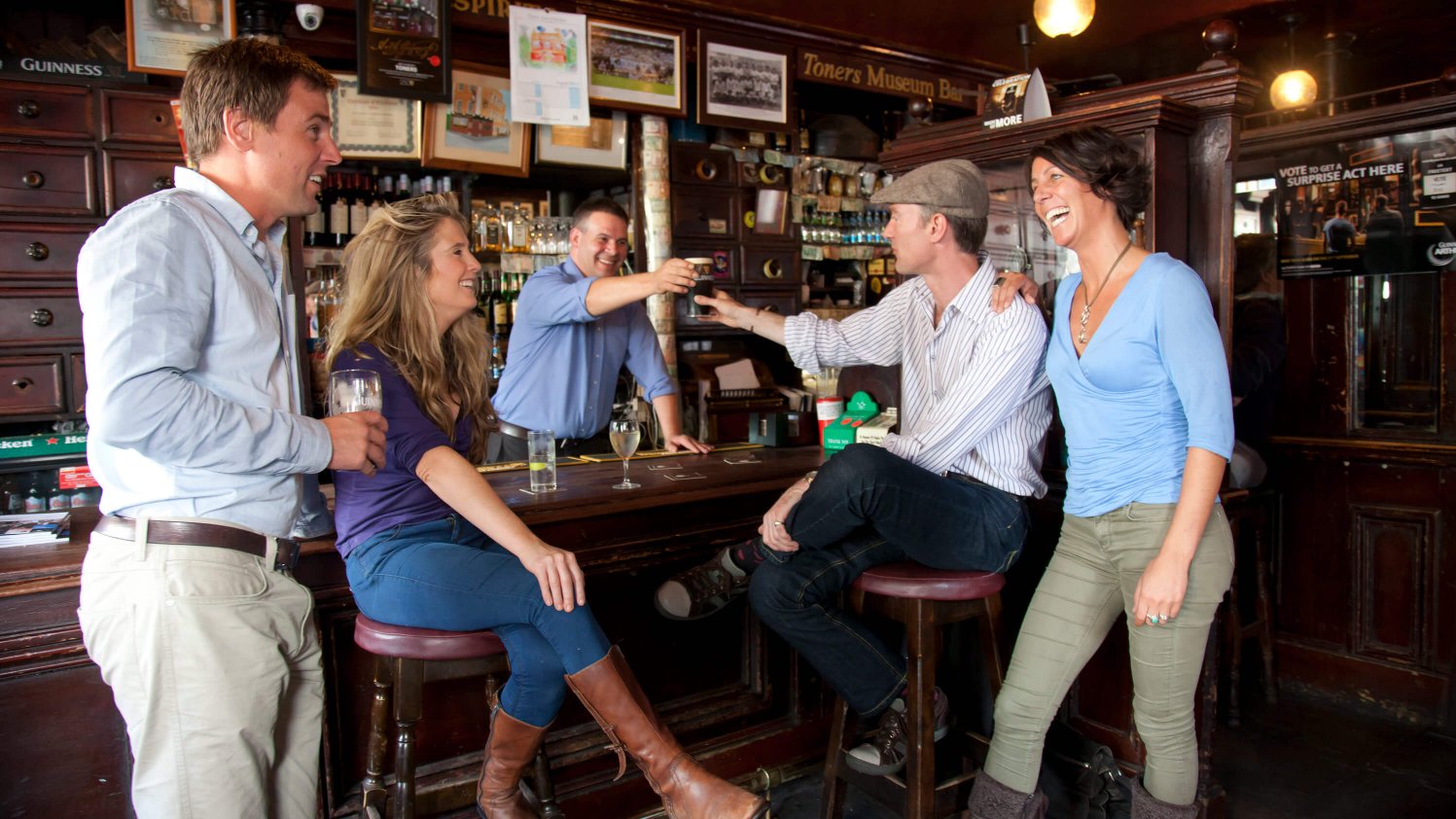 Under 18s in Pubs

18 years old is the legal drinking age in Ireland. Anyone under the age of 18 is allowed in most pubs, but must leave after 9pm (10pm from May to September).

Some pubs may have their own restriction regarding admitting under 18s, though these are usually in the bigger cities like Dublin. If in doubt, just ask the bar staff. 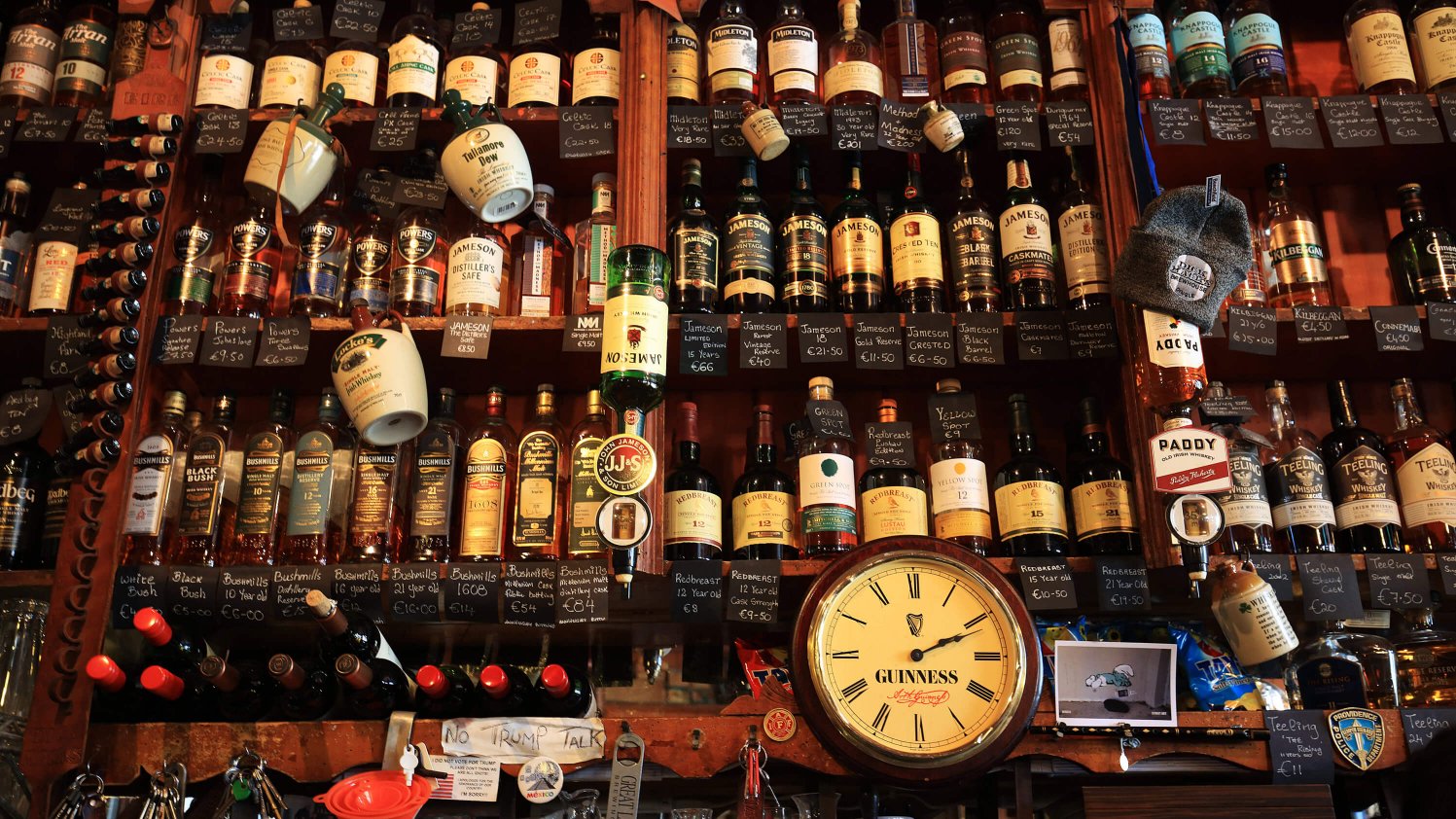 What to Order in an Irish Pub?

Quick Tip: If youre struggling with the size of Irish pints, (which tend to be bigger than the US). Try ordering a glass instead (glass of Guinness, glass of Smithwicks etc.). This is essentially half a pint, and makes it a lot easier to keep up with the locals!

Find out more about some of our favourite local pubs in Dingle. 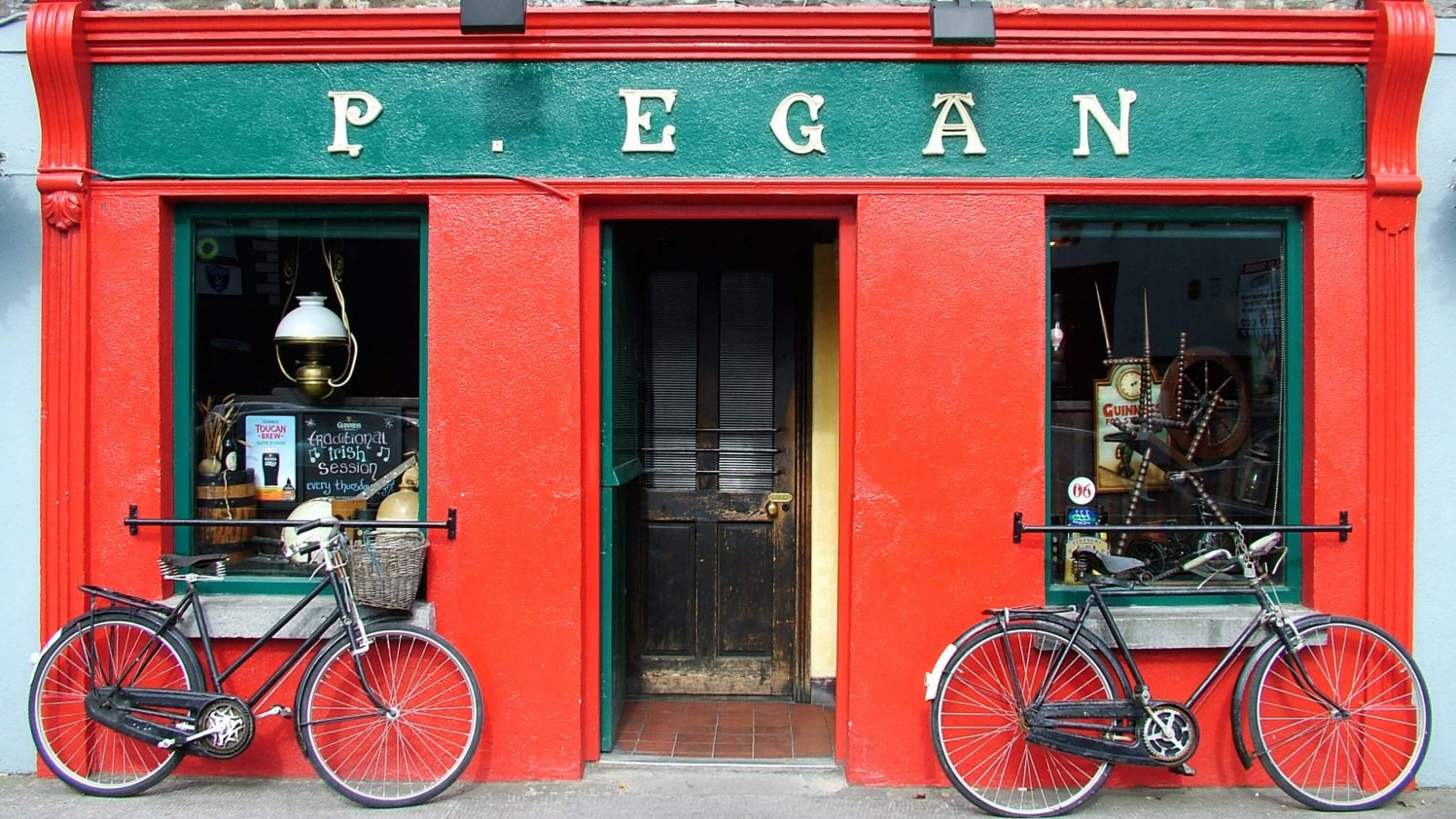 Not Drinking Alcohol in an Irish Pub

It is perfectly acceptable to not drink in an Irish pub. With expanded health consciousness and recent tightening of drink-driving laws in Ireland, not consuming alcohol has become more and more of a done thing.

However, you should purchase a little something if you are enjoying a pub for an entire evening. Try some Scampi Fries or pub crisps (Irish tapas!). Drinking only tap water while dancing to music and soaking up the ambience is a faux pas. You may elicit a harsh reaction: a few funny looks from the barman.

If youre not drinking alcohol, there are plenty of fun Irish non-alcoholic drinks you can try. These include: