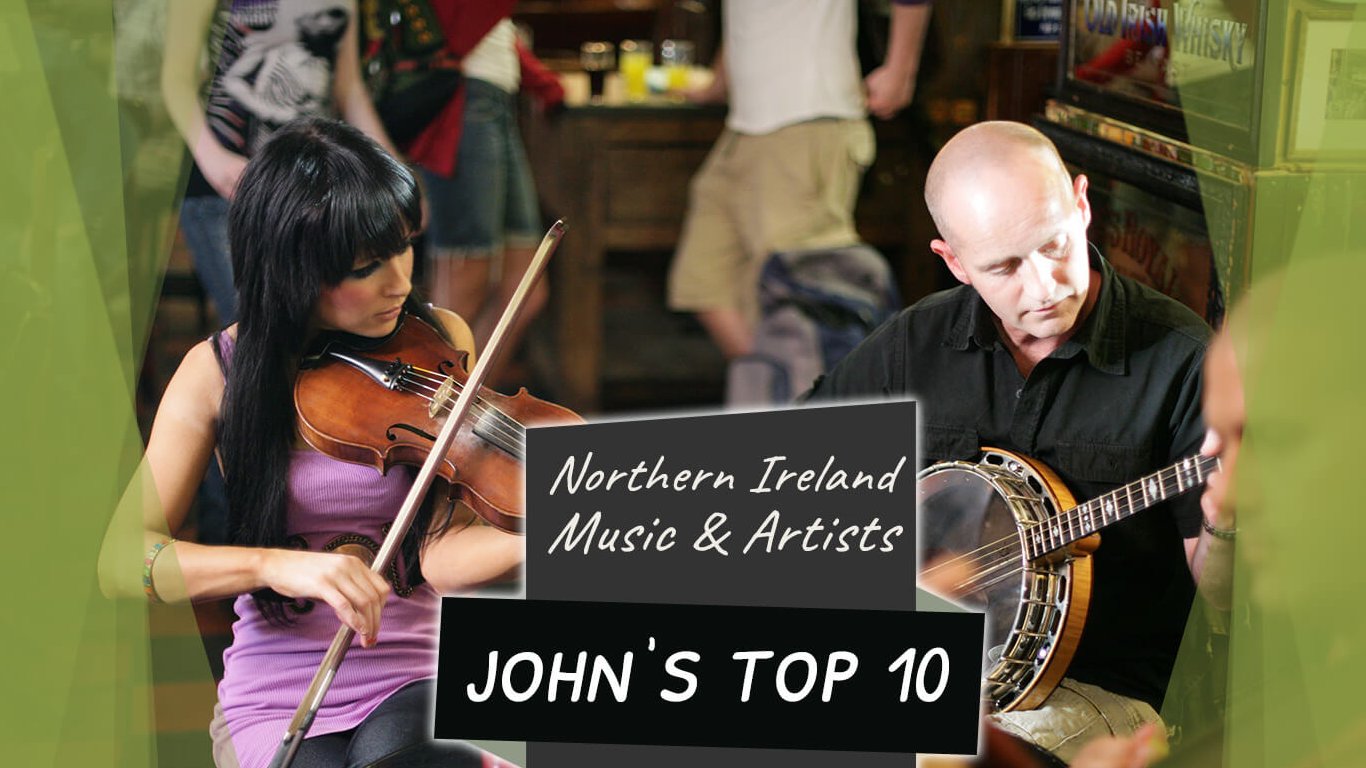 Born and bred in East Belfast, Van Morrison is one of the most famous music stars to have emerged from Northern Ireland.

Van often uses his hometown for inspiration, referencing specific locations in song titles and lyrics. On Hyndford Street (where he grew up) and Cyprus Avenue (where he aspired to live) and are both well-known Van Morrison songs.

Brown Eyed Girl was is perhaps his most famous tune. It was Van’s first release as a solo artist and still remains one of his most iconic hits. Van deserves a blog all of his own but, for now, enjoy this catchy classic...

The Town I Loved So Well – Phil Coulter

The world’s greatest songs tell a story. Northern Ireland music is no different.

This classic ballad was penned by one of Ireland’s most prolific songwriters, Phil Coulter. The Town I Loved So Well song tells of growing up in the city of Derry/Londonderry. Inevitably, Coulter is forced to move away, only to return to a changed hometown. By the end of the song we look towards a better future and 'peace once again’.

Luke Kelly of the Dubliners, does a particularly good version of this song.

A tune so good that BBC Radio 1 DJ John Peel famously played it twice in a row, explaining to his listeners, ‘it doesn’t get much better than this’. He went one further, using some of the lyrics as his epitaph adorning his grave: 'Teenage dreams, so hard to beat’.

Northern Ireland music of the 20th century features punk prominently. The Undertones were an influential punk band from Derry/Londonderry. They were prominent in the 1970s Northern Ireland punk scene. The lead singer of the band, Fergal Sharkey, went on to have a very successful solo career.

Check out that opening riff...

‘What we need, Is an Alternative Ulster.

Grab it and change it, it's yours.

Prophetic words from a young punk band who captured the energy of a generation and the spirit of Northern Ireland music.

With its powerful opening riff and rapidly-sung lyrics, this song evokes the spirit of change and hope during times of trouble in 1970s Northern Ireland.

The Island will stay with you long after the first listen. Released in 1985 by Tyrone native, Paul Brady, this song has stood the test of time.

A love song at face value, The Island is also a metaphor for the political situation in Northern Ireland with references to the contemporaneous conflict.

Brady's lyrics also evoke the living history of Belfast, with mention of her markets and shipyards, in stark contrast to the romance of ‘making love to the sound of the ocean’

‘I want to take you to the island.

And trace your footprints in the sand’

Selling over 60 million albums, Scottish rock band Simple Minds were one of the biggest groups of the 1980s and 90s.

The emotional song lyrics speak of The Troubles in Northern Ireland and dream of a brighter future for all. Clocking in at over 6 minutes long, it was not considered radio-friendly when released. It has since found an audience and become an important chapter in Northern Ireland music history.

When the Belfast child sings again’

Inspired by sci-fi movies and the music of David Bowie, guitarist Tim Wheeler wrote this song when he was just 16 years old.

Tim grew up in Downpatrick, a town 20 miles south of Belfast. It's the resting place of its namesake, St. Patrick, and a highlight of our 6 Day Northern Island Driftwood Tour.

Mary – The Four of Us

Try not to sing along to this addictive tune from Down band, The Four of Us.

Mary is based on a true story about lead singer Brendan (aged 15) falling in love with a girl from across the road.

Unfortunately she was an older woman (aged 17) and, even worse, her boyfriend owned a car. Brendan was so heartbroken he wrote this song, turning her boyfriend into a villian in a vain attempt to make himself feel better.

Snow Patrol are one of Northern Ireland music's most successful exports. Their massive hit Chasing Cars is currently sitting pretty at over 220 million views on YouTube.

The song peaked at number 6 in the UK Singles Chart, and number 5 on the US Billboard Hot 100. It was also featured in the popular medical drama, Grey’s Anatomy, and was even Grammy-nominated.

The song title came from Gary Lightbody's father, in reference to a girl that the lead singer was infatuated with: 'You're like a dog chasing a car.'

Brian Kennedy grew up on the Falls Road in the heart of West Belfast. He has gone on to perform with some of the world's greatest artists, like Joni Mitchell, Ray Charles, Van Morrison and Bob Dylan.

Northern Ireland music, just like elsewhere in Ireland, carries a heavy traditional influence. Carrickfergus is a well-known Irish folk song, dating back hundreds of years. While it has been performed by a variety of great artists over the years, Brian Kennnedy’s version is one of the best.

Here he explains why this song is so important to him...