You may be surprised to learn that, in Ireland, fairies are not just part of Irish history and mythology. Belief in the 'Little People' is still alive and well.

The world over has its legends of goblins, ghosts and giant snowmen. Tales abound of beasts and brides of the sea.

Here in Ireland, we have our own magical creatures. Banshees, leprachauns and, especially, fairies still inspire respect in Ireland.

Read on to find out more about Irish fairy mythology.

Ask the average Irish person, 'Do you believe in the fairies?' and you may be surprised by the response.

For hundreds of years, the average Irish person held strong beliefs that fairies — or the 'Little People' — were everywhere.

Today, particularly in the countryside, Irish people still hold dear the traditions and beliefs of their ancestors about supernatural or otherworldly happenings.

Some clues lie in Ireland's lack of industrial development for the past 100-odd years. It is sometimes said that Irish society moved from the 19th century straight into the 21st.

For example, some of the most remote parts of Ireland were not fully electrified until the late 1970s. A couple of decades later, 'dotcom' start-up companies were leading the Irish Celtic Tiger economy of the late 1990s.

Ancient lore of myth and magic still exists alongside modern motorways and digital hubs in Ireland. The contrast is sharp.

If you're lucky enough to have visited Ireland, you'll know that this clash of cultures is part of the charm for visitors.

The Fairy Tree That Moved A Motorway

Nothing sums up this contrast between the ancient and modern worlds more than the reluctance of Irish people to interfere with the hawthorn tree. 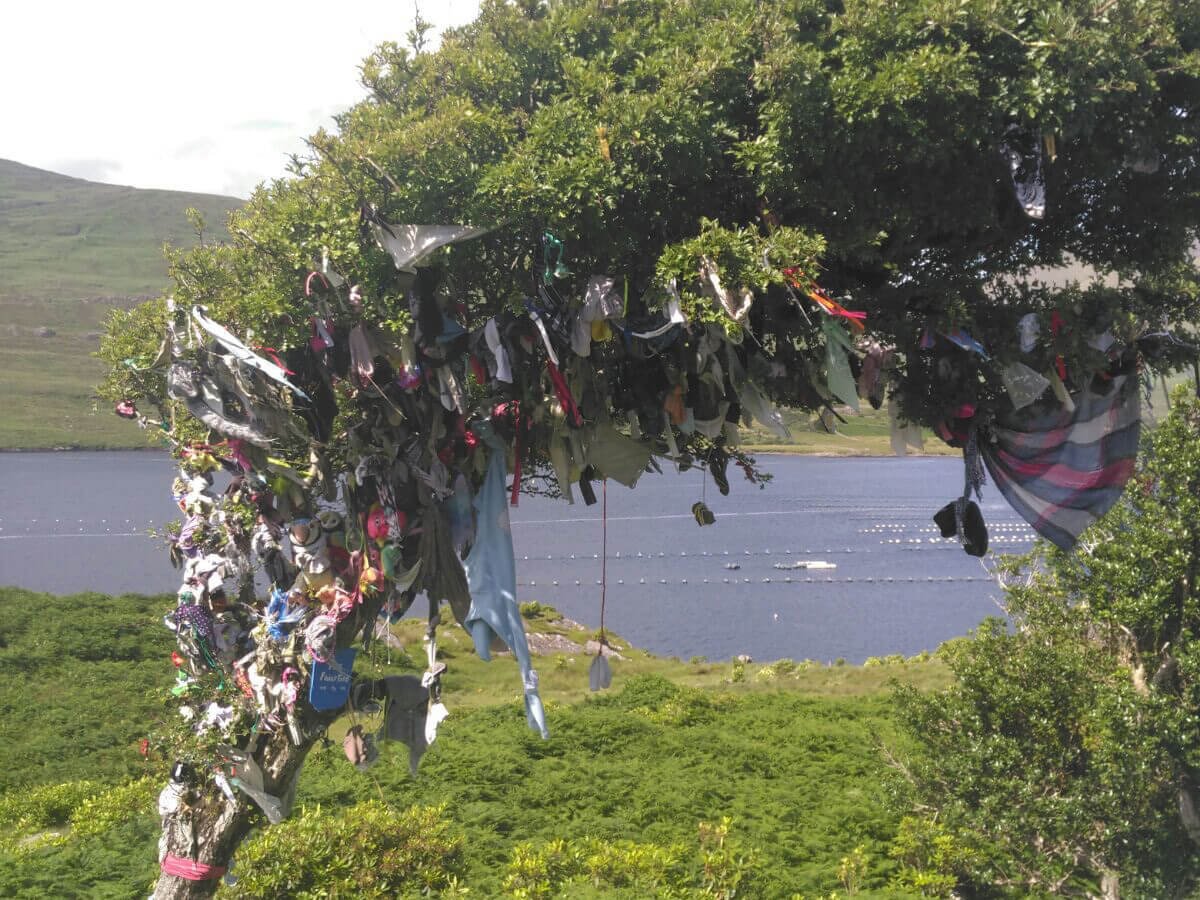 Hawthorns are a common, wild shrub that grow in hedgerows all over Ireland. They are also known colloquially as whitethorn due to their display of tiny white flowers each summer.

Back in 1999, a motorway (freeway) was planned in the Latoon area of Clare. Locals protested. Why? They believed that a large hawthorn bush along its planned route was the meeting point for clans of opposing fairies.

Eddie Lenihan, a local folklorist, led the campaign. He warned them that...

"If they bulldoze the bush to make way for a planned highway bypass, the fairies will come. To curse the road and all who use it, to make brakes fail and cars crash, to wreak the kind of mischief fairies are famous for when they are angry, which is often."

The story captured international attention. "If you believe in the fairies, don't bulldoze their lair," went the headline in the New York Times on June 15th, 1999.

Eddie Lenihan must have been a most persuasive man. The motorway was rerouted to save the fairy bush. And the sacred hawthorn tree is still visible to passersby on the motorway.

The Rag Tree tradition provides yet more evidence that belief in fairies and the ethereal lives on in Ireland.

As we tour around Ireland, our surprised guests will often point out a particular tree, growing in some remote spot.

"Hey, why are there pieces of material tied to that tree?!"

People hang coloured rags on hawthorn trees to gain good forture or to render a sick relative or friend well again. This tradition lives on to this day. Rag trees are often located near holy wells. 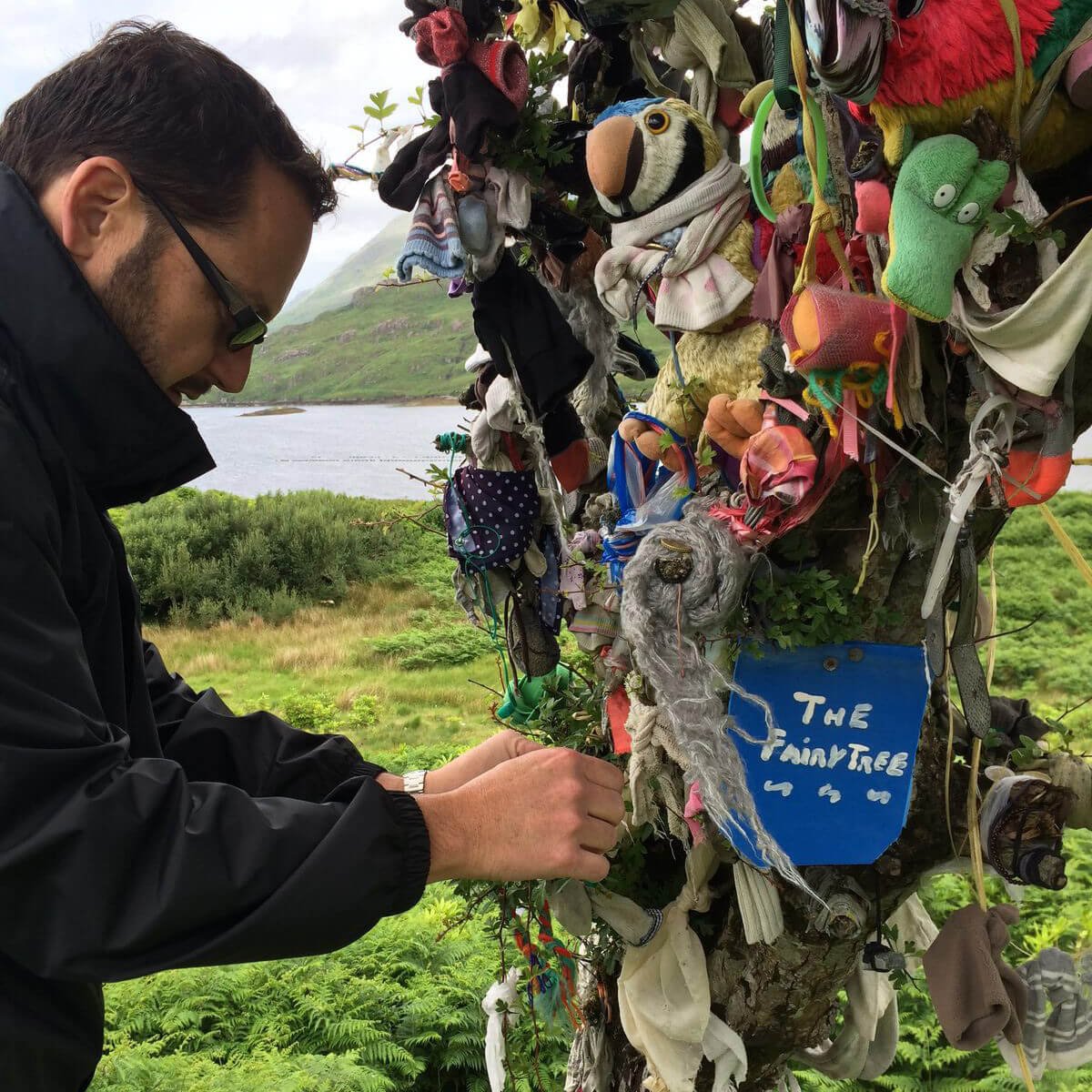 A well-known rag tree, or raggedy tree, grows at the head of Killary Harbour.

Another place where fairies meet is at Ring Forts. Prehistoric monuments dot the island of Ireland. They are so numerous that an accurate account of Ireland's dolmens, hill forts, ring forts and stone circles is impossible. 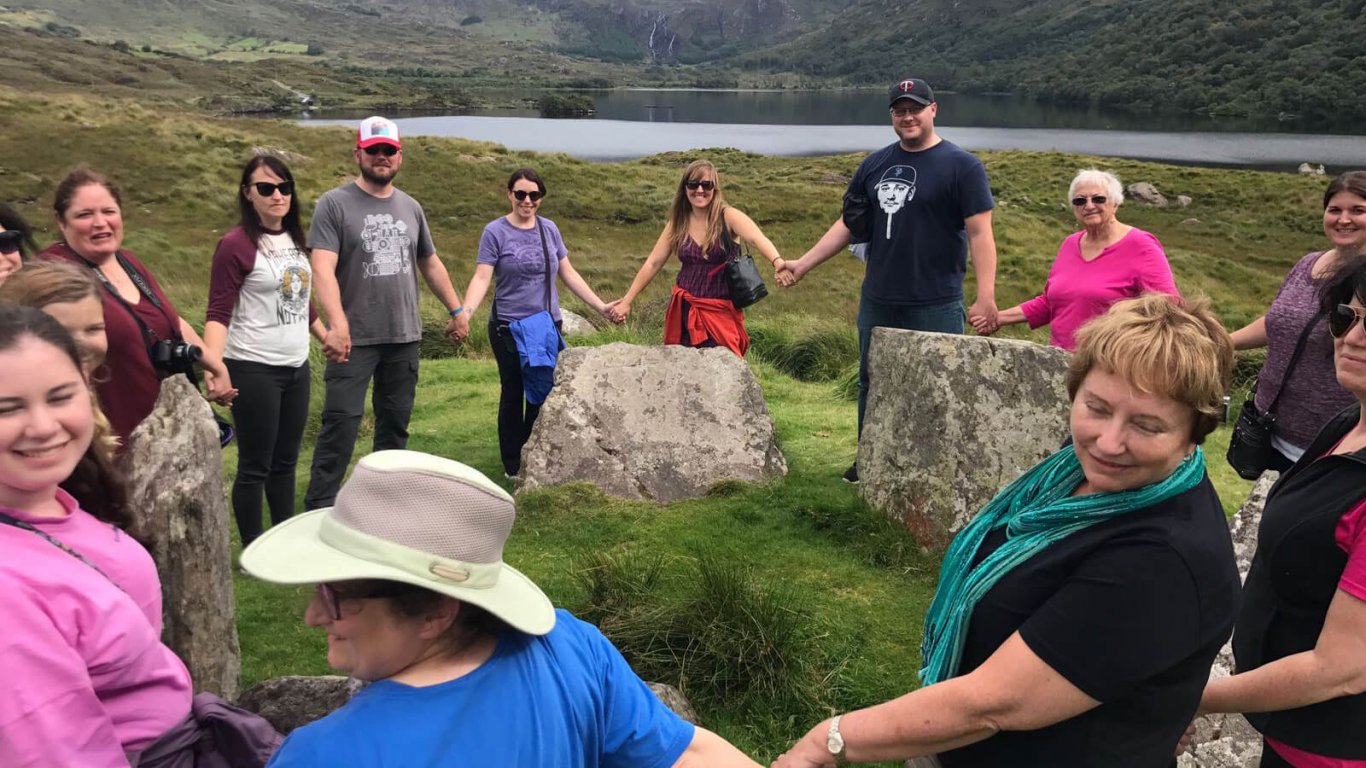 Their origins are still mysterious today, with multiple theories by archaeologists about their purpose. In the past, Irish people used fairy folklore to explain their presence. To them, these monuemnts were simply fairy forts; the places where fairies lived.

Where Can I Find Fairies In Ireland?

The Burren is a great place to find fairies in Ireland. This region of spectacular limestone pavement is a regular attraction during our small-group tours of Ireland. 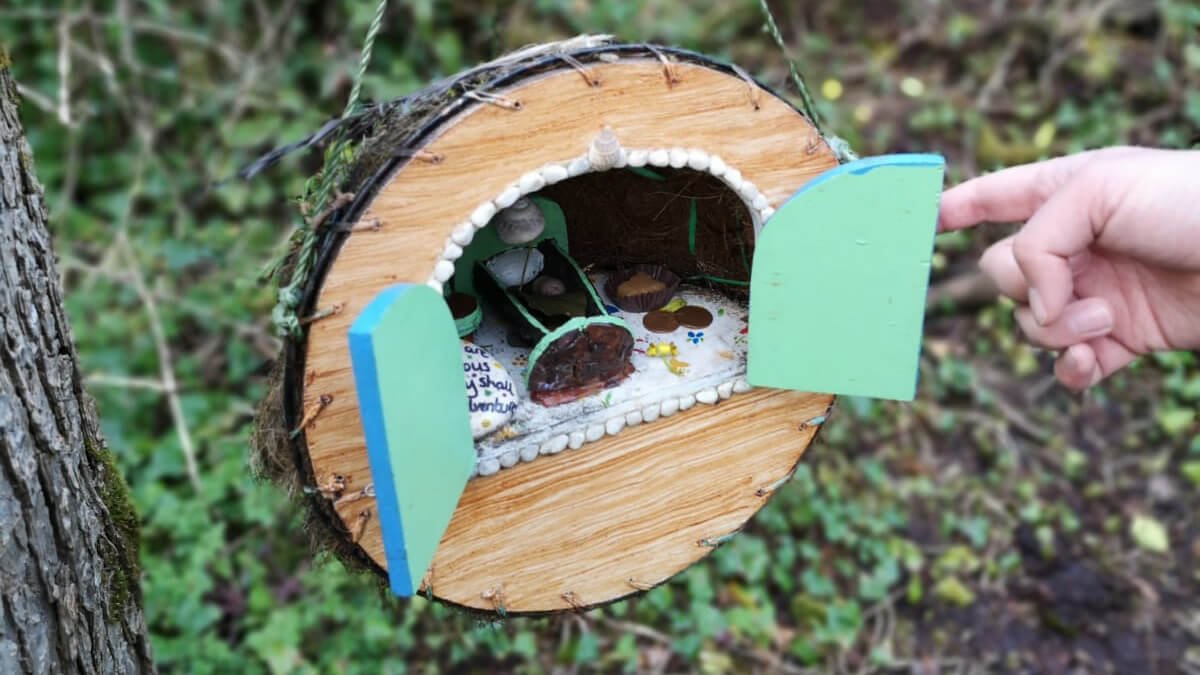 However, it's the hidden fairy forts that lie below this otherworldly landscape that can really catch our guests' imaginations.

First-time visitors to the Burren come alive with wonder when they learn of the fairy forts, their mysterious purpose and their great age. Are these ring forts really single-family settlements over a thousand years old? Or are these fairy forts gateways into another world populated by fairies?

It feels surreal and eerie wandering past such ancient and potentially magical sites. Maybe, just maybe, its the presence of the fairies watching you!

Irish fairies are not to be confused with the small, winged figures you'll find in a Disney movie. 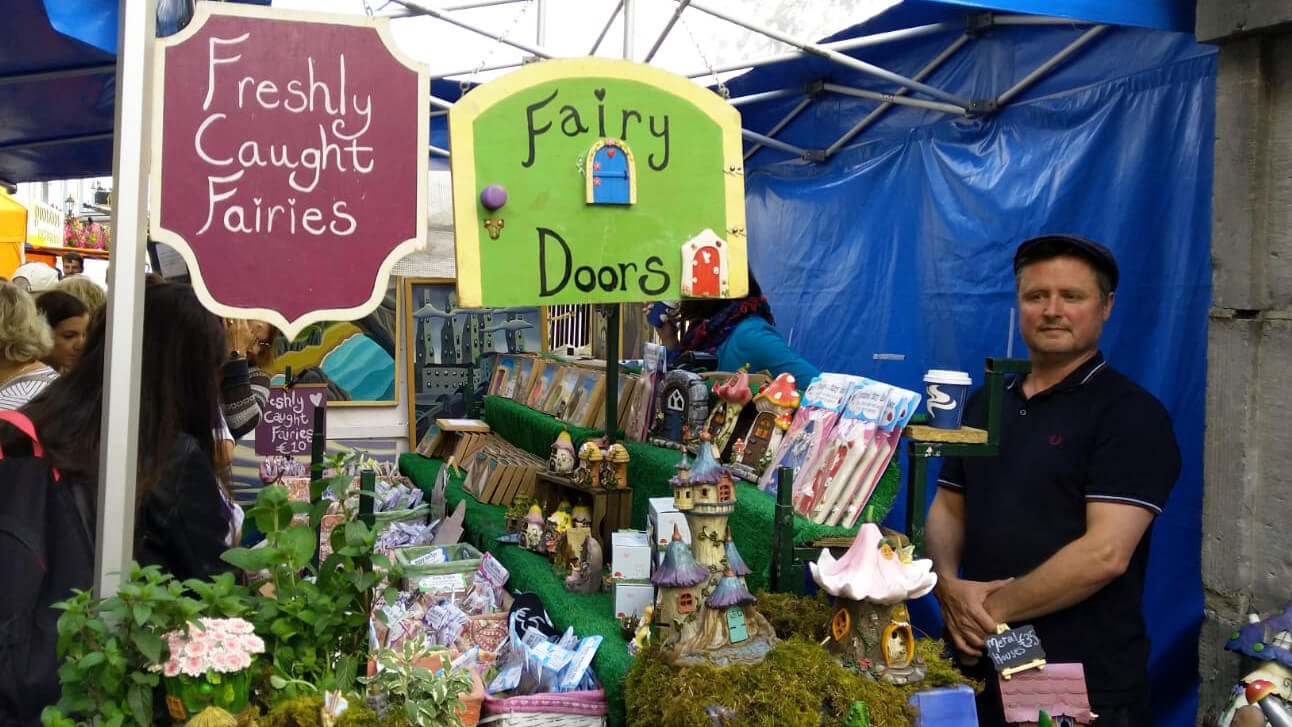 In olden times, Irish believed that fairies in Ireland were neither human nor ghosts but rather natural beings with supernatural powers. They are small.

They can die; just as they can give birth to children. They can be generous and bring good luck and fortune. But if you harm them or their property, they can be extremely vengeful.

WB Yeats and the Fairies 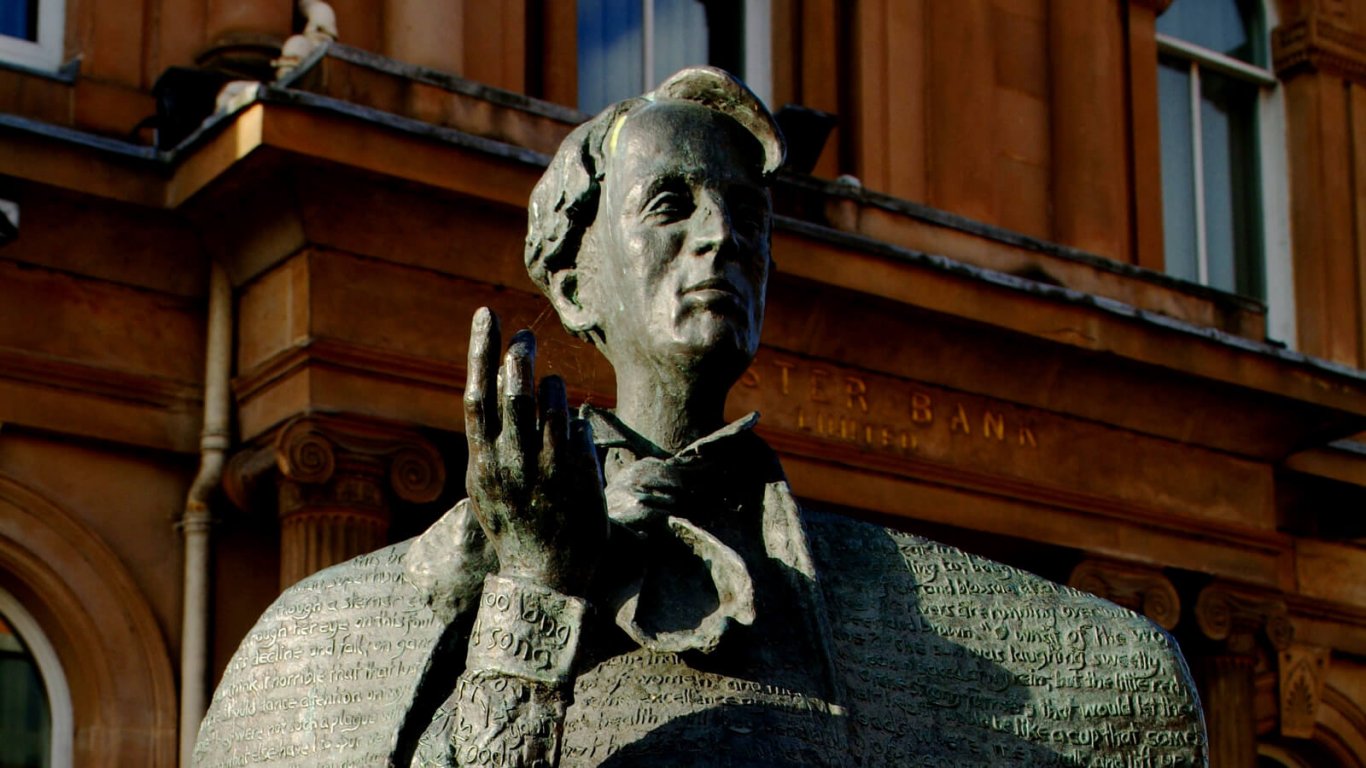 He was drawn to mysticism, spiritualism and the occult throughout his artistic work and daily life.

To the waters and the wild

With a faery, hand in hand.

For the world's more full of weeping

than you can understand".

Yeats was awarded the Nobel Prize for Literature in 1923. He's recognised as one of Ireland's greatest treasures.

Come Away With The Little People!

All in all, if you wish to come "away with the fairies", Ireland is the place for you. 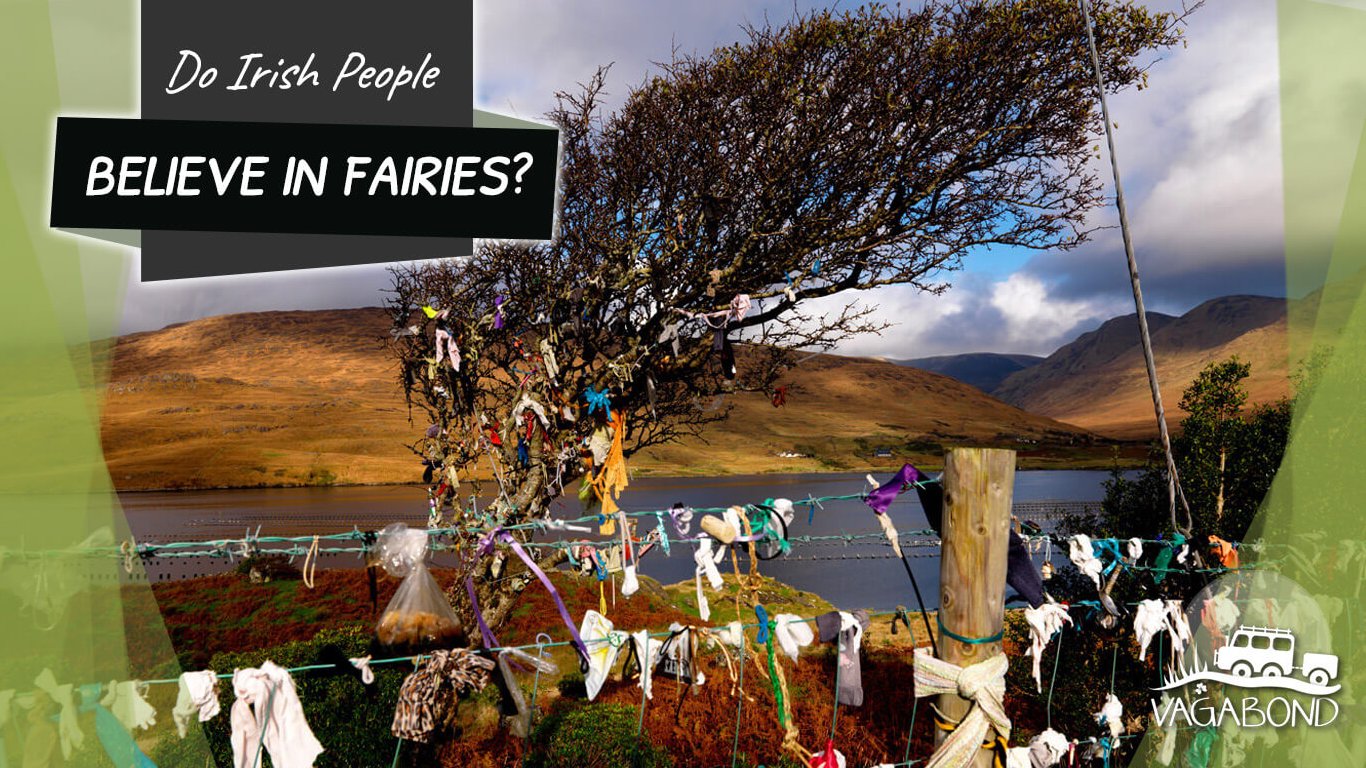