Newgrange And The Winter and Summer Solstices

Explore prehistoric Ireland with us at ancient monuments. Learn more about the Summer and Winter Solstices right here.

In pre-Christian Ireland, life was governed by the movements of the sun.

The calendar of the ancient Irish was based around the high-, mid- and low- points of the sun.

How do we know? These equinoxes and solstices were measured and celebrated at monuments around the island.

The best news is that many monuments are fully preserved. So you can visit them when you join us for a small-group tour of Ireland.

Read on to find out why our Irish ancestors built these mysterious structures and how they work.

When Is The Winter Solstice?

December 21st is the Winter Solstice.

It occurs in the Northern hemisphere when the axial tilt of the earth is at its furthest point from the sun.

This date represents the shortest day of the year and the mid-point of winter.

After this point, the amount of daylight increases per day until June 21st, the Summer Solstice.

Where To Witness The Winter Solstice

Something incredible happens during the Winter Solstice in county Meath.

The perfectly preserved Neolithic site at Newgrange is by far the most famous site to mark the Winter Solstice in Ireland.

Lonely Planet named it in their list of the world's best Winter Solstice attractions.

This ancient passage tomb is constructed so that — only on December 20th, 21st and 22nd, and only at dawn — golden fingers of sunlight creep perfectly through an opening. The rays then pour into an inner chamber, illuminating it completely for a few magical moments. 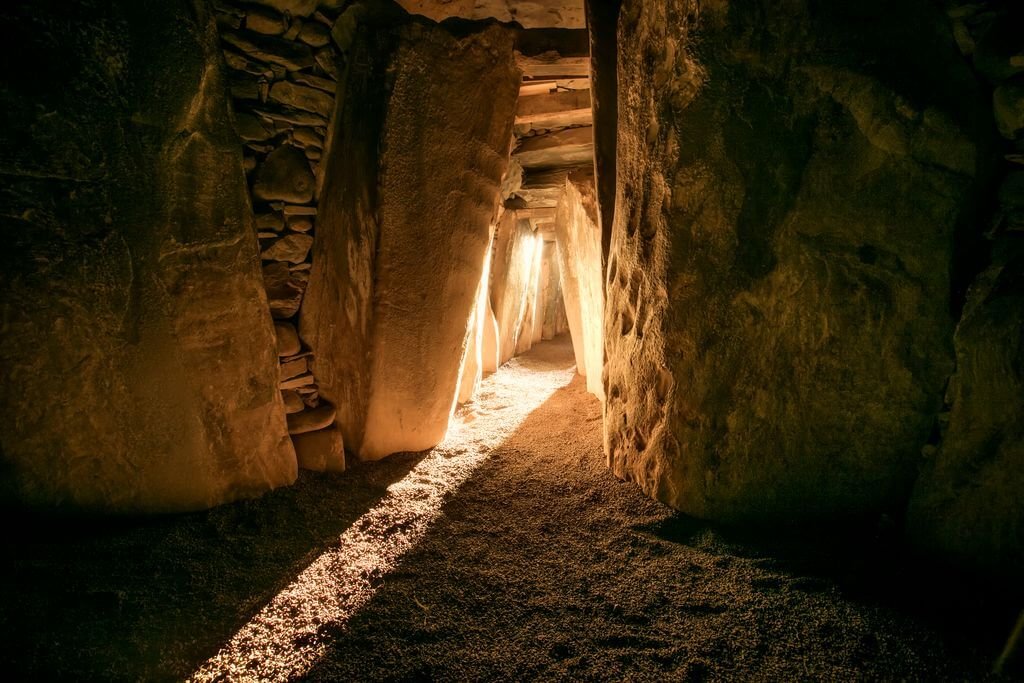 How Can I Watch The Newgrange Winter Solstice?

There's only one way to witness the sunlight ceremony in-person at Newgrange.

Sign up for the waiting list with the Office of Public Works (OPW) in Ireland, by applying to BrunaBoinne@opw.ie. Please supply your name, address, telephone number and email address.

If you're outside Ireland or aren't lucky enough to get picked to see the winter solstice in-person, a live stream is your best bet.

Keep your eye on the OPW YouTube channel for their live broadcast of the winter solstice at Newgrange.

What Is Newgrange Exactly?

Mysteries abound on the topic of Newgrange.

It is not known for what purpose the ancient Irish built or used this massive stone and earth monument. Is it a giant calendar? Or merely a burial tomb? A place of celebration or mourning?

We may never know for sure...

Perhaps the most astounding thing about Newgrange is its great age. The passage tomb is older than Stonehenge in England. It is also, believe it or not, older than the Great Pyramids of Giza in Egypt.

Whatever its purpose, it played a significant role in the life of the Neolithic farmer-druid society who built it over 5000 years ago.

What is the Summer Solstice?

The Summer Solstice is the exact opposite of the Winter Solstice.

It is the turning point of the year when each day has the most amount of daylight.

In Ireland, that date is the 21st of June. The sun can rise as early as 4am in some regions, not setting again until 11pm. Not quite the land of the midnight sun, but not far off!

Find out more about Summer in Ireland here

Where To Celebrate The Summer Solstice

Here, a network of burial tombs marked by 'cairns' (mounds of stones), are illuminated on June 21st each year.

The Importance of the Summer Solstice to the Celts

The summer solstice was seen as a time to banish evil spirits, through the light of the sun.

The ancient people of Ireland would use this time to pray for a good harvest, as it was halfway through the growing season.

The summer solstice was seen as a time of change, nature, and new beginnings. It was also associated with fertility.

In order to banish any evil spirits that might harm their crops, the ancient Irish would light bonfires. This was a time of singing, dancing and feasting.

It was customary for lovers to clasp hands and jump over bonfires. This was thought to bring luck to their relationship. Some believed the higher the lovers jumped, the higher their crops would grow.

Bonfires were lit on top of hills, at crossroads or in large openings. It was a time of great merriment.

Pagan Irish would also pray to the Sun Goddess, who the Irish Celts knew as Gráinne (pronounced GRAWN-yah). She was both the Winter Queen and Solar Sun Goddess, who was thought to protect seeds during the winter and nurture them during the summer months. 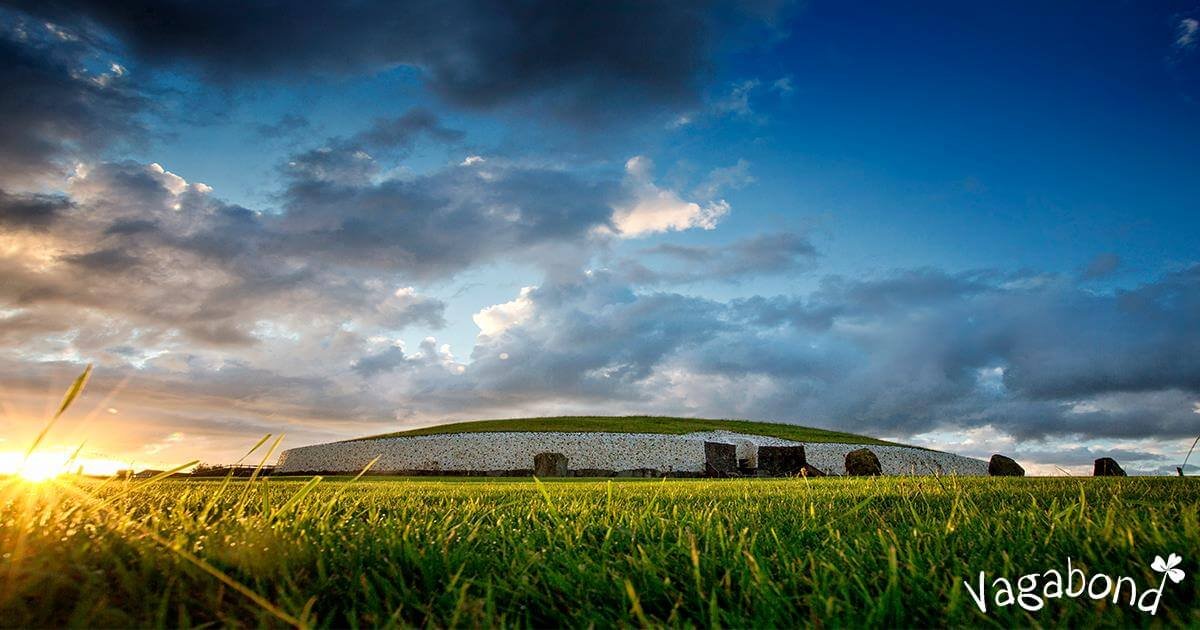 What is the Celtic Name for Summer Solstice?

The Druidic name for the Summer Solstice is Alban Hefin, which means the 'The Light of the Shore' or 'Light of Summer'.

The shore refers to the coast, an area where the worlds of land, water and sky meet. Druids valued in-between worlds.

The light of the summer refers to how the sunlight is cast as wide as it will ever be.

Crowning Of The Oak King

In Pagan traditions, the legend of the Oak King and the Holly King were told to explain the Summer and Winter Solstices.

On the 21st of June, the Oak King is reputedly at his strongest.

Gradually his power weakens, until the Winter Solstice in the depths of Winter. This is when the Holly King regains power.

The Summer and Winter Solstices were one of 8 Celtic festivals celebrated throughout the year.

Read more about Samhain, the origin of the modern Halloween Festival