Connemara is a savage beauty as Oscar Wilde put it.

For myself, as a native from the west, when ever I hear the name Connemara I am struck with nostalgia. Images of commanding treeless mountains, boundless bog-land stippled with lakes and desolate beaches of white sand. 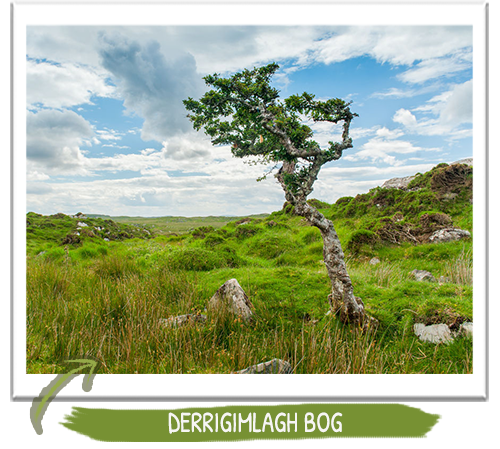 Firstly Connemara is a district that covers parts of the west of Ireland. It does not have clearly defined boundaries but is generally regarded as everything to the west and north west of Galway City, contained by Killary fjord, the Maum valley and Lough (lake) Corrib. This is the second largest lake on the island of Ireland, its water ends its life in Ireland as a fast flowing river cutting through the heart of Galway city.

Connemara is recognised by many as a region of great beauty, important heritage and continues to be a Gaelic stronghold. The original Irish (Gaelic) language of Ireland is still proudly spoken fluently there more so than any county in Ireland. The name Connemara (or Conamara in the Irish spelling) comes from an ancient clan called the Conmhaícne which translated is Son of Con. The Conmhaícne Mara were a branch of the clan who lived in what is now the south west of Connemara. 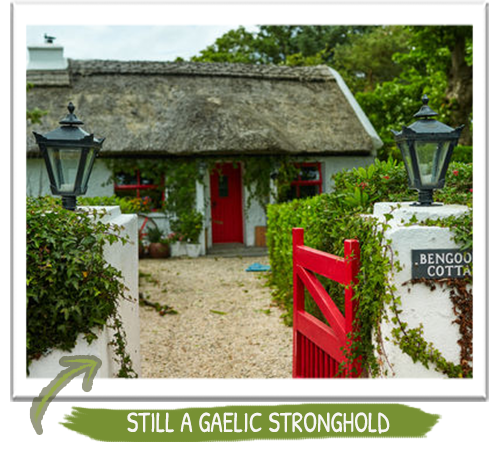 It has a coastline that has many inlets of sea and small islands. The relationship of the sea and the locals is like that of air and lung. The Irish name for sea is muir or mara and so it was that the tribe was named after the sea, a body of liquid as essential to their existence as the blood in their veins. 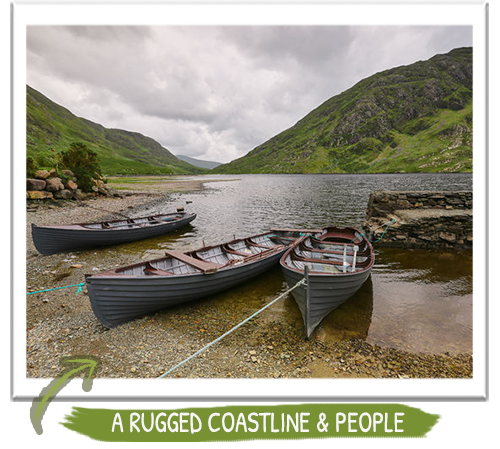 The landscape in Connemara can change as quickly as the weather which often gifts its guests all four seasons in a day. Though the weather may change its beauty is enduring. Further north lie the barren mountains whos lonely slopes have been stripped almost bare by the thousands of hungry sheep who roam there. The Maumturks to the east and the Twelve Bens to the west are not tall mountains by international standards but they rise from sea level and impose themselves proudly over an otherwise flatland of peat bog and lakes. 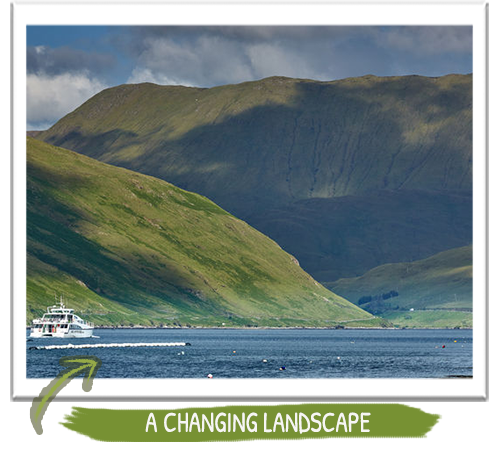 Connemara offers amazing trekking for the hardy walker. It have been known to punish the inexperienced or unprepared walker. It's not uncommon for hurricane force winds to lash and whip over their peaks and saddles, even the sheep know to go lower and huddle for safety when the weather gets angry. At other times the clouds descend and form a thick pea soup veil allowing only an arm's distance of vision. The mountains also have a gentle side when the sun bakes the rock and a light sea breeze stirs the tall grass. For the intrepid adventurer they almost always reward. 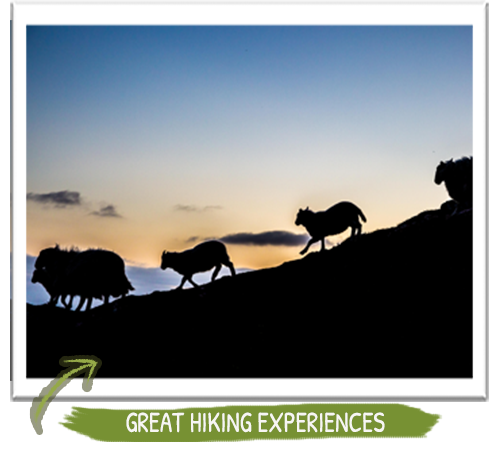 The vast bog lands maybe the most distinguished feature of Connemara. They were once covered by a giant forest in ancient times. Thousands of years of deforestation, animal grazing and climate change has now changed the land to a blanket bog, named so because a layer of peat covers the land like a blanket. Growing atop of the blanket is the very stuff that makes the peat itself, mainly moss, grasses and heather. The bloom of the heather brings a desired colour to the land, pinks and purples appear like a light dusting of snow on the landscape. 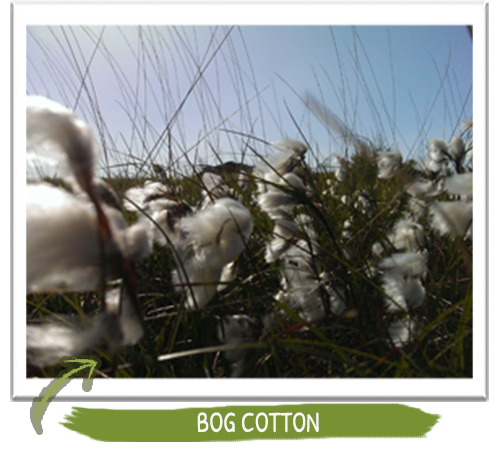 The coastal south and west is far different from the rest. Describing the area in his book Conamara the Irish writer Sen Mac Giollarnth says Coisfharaige to Casla is studded with these massive boulders, and the noble hill in Seanafistin, above Clochar lake, is so clattered with great angular boulders of granite that neither man nor fox can find a straight pathway amongst them. It is a great description of the place as you would only find more rocks, stones and boulders in the limestone landscape of the Burren, Co. Clare. During the Ice age the glaciers stripped the land bare and dropped great big boulders of granite at random places and also exposed pockets of, the famous, Connemara Marble. If a barrel of stones had the same value as oil then the people of south Connemara would be wealthier than the Saudis! Amazingly animals can actually graze amongst the stones and pick away at the tough grass. 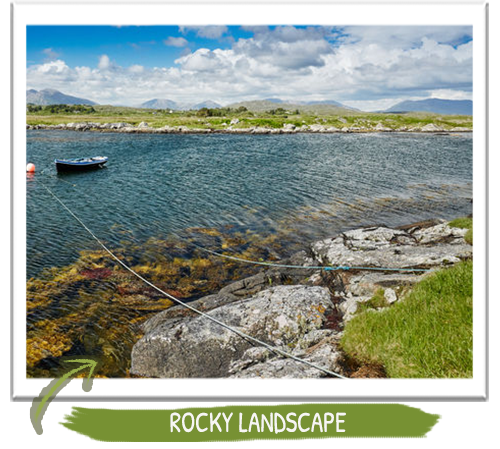 The Atlantic Ocean has many moods but the mood we are most familiar with in the west of Ireland is the punishing sadistic one. Storms batter the west coast in succession from autumn to spring and the wind never drops below a strong breeze. To live here you need to be tough and resilient. For many locals the sea is their giver and sometimes their taker. The white water has taken countless lives over the years but it has also given the people food and an income. 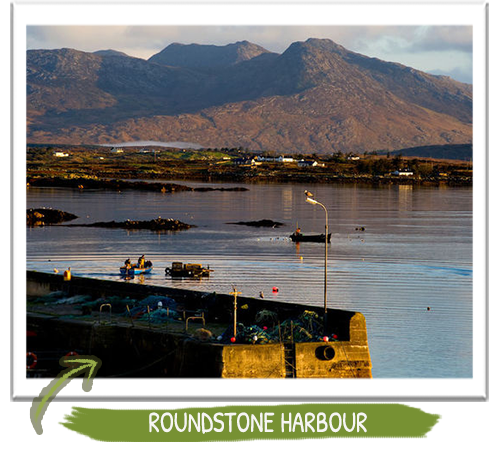 The Galway bay Hooker is a sturdy wooden sail boat and was the workhorse of the bay and a vehicle that made it possible to survive in the coastal villages and islands. They were used to transport people, fish and turf which is dried out peat and the only source of burning fuel that the people had access to. The iconic broad boats can still be seen sailing in the bay. today they are sailed by hobbyists who race them at the weekends. 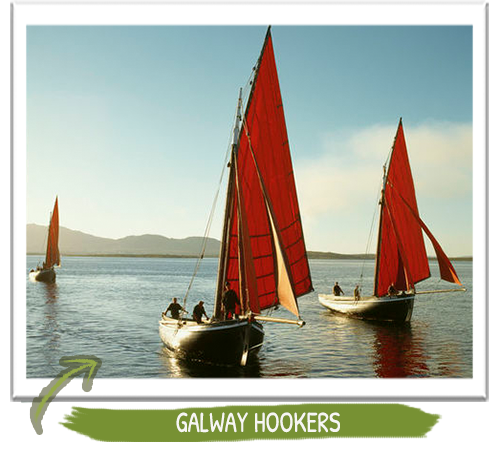 Connemara is steeped in history, some of it tragic, such as the plight of the poor peasants during the famine. Mass emigration and the many deaths from disease and starvation has left it a sparsely populated region. The many stone ruins of cottages now haunt the roadsides and lower slopes of the hills. 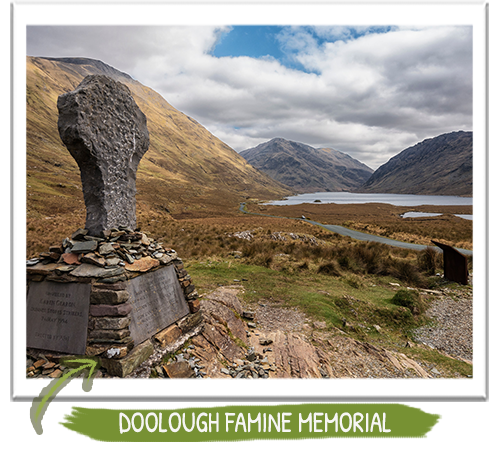 On the opposite end of the scale from this poverty, is a history of great wealth. Majestic buildings like Kylemore Abbey. A construction of grandeur resting in the shadow of a mountain over looking a dark lake. It started out not as an Abbey but as a luxurious house built by a wealthy English doctor, Mitchell Henry, as a gift to his wife. Tragically his wife never saw the house in completion, as she died before their 33 bedroom home was finished in 1871. The house later came into the hands of the Benedictine Nuns in 1920 who used the building as a boarding school for girls up until 2008. 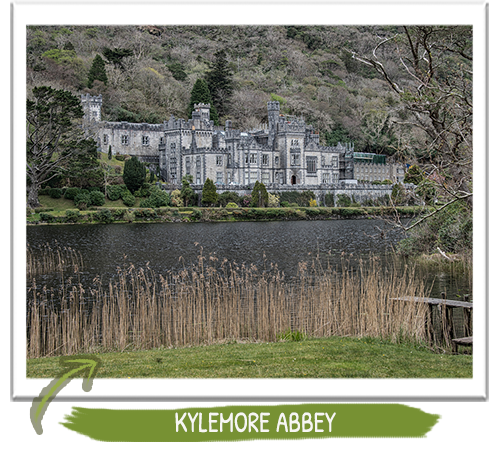 Ballynahinch Castle is another fine building. It was built in 1756 by the Martin family as an Inn but later became the home of the son, Richard Martin. Richard was an M.P. for Galway, he helped introduce a bill to the House of Commons in 1822, the Cruelty to Animals Act, the first of its kind in the world. The Castle house later passed into the hands of His Highness the Maharaja Jam Sahib of Nawanager also known as Ranji Prince of Cricketers. Ranji had fallen in love with the place after many fishing trips there and in 1924 he bought it. Ballynahinch Castle is now a luxurious hotel. 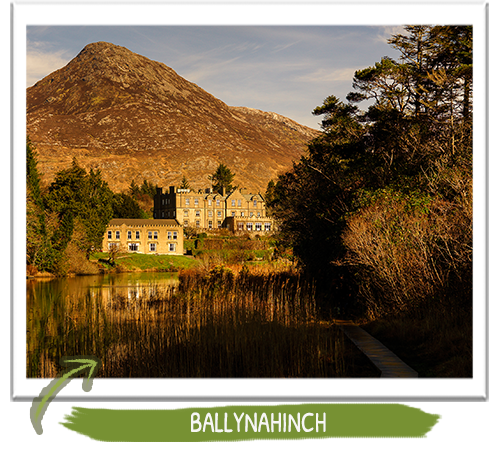 Connemara National Park has marked trails that lead you up to spectacular view points of the land and sea, not far away is the landing site of Alcock and Browns, world first, non-stop transatlantic flight in 1919. They were looking for a good landing spot in Western Europe and when they saw a lovely flat green field below them they thought it would make an ideal landing spot. They failed to realise that the flat field was a marshy peat bog! The wheels of the plane dug into the peat and they came crashing to an abrupt stop. Thankfully they both lived to collect their 10,000 prize money which was presented to them by none other than Winston Churchill. 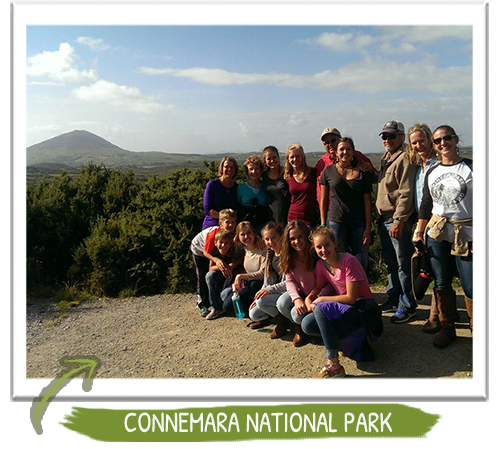 The, charming, town of Clifden and, sleepy, Roundstone village have some of the best sea-food restaurants in the country, talented chefs dish up the freshest catch each day. Clifden also hosts the Connemara Pony show every year. The show brings hundreds of buyers and sellers to the town in celebration the magnificent animal. You can discover all of these treats along The Wild Atlantic Way (the longest marked coastal drive in the world) onboard a Vagabond or Driftwood tour. 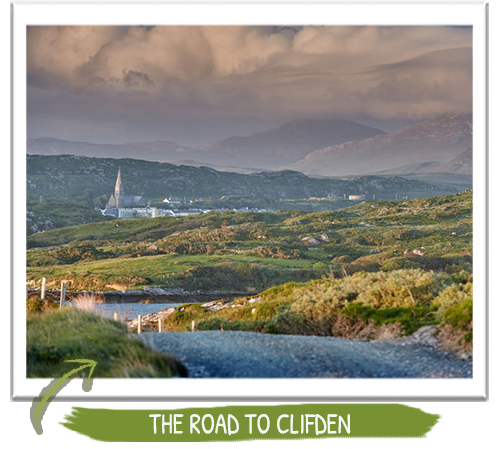 Want to know more about our Driftwood & Vagabond tours that visit Connemara? Contact us today to find out more!

Some tours that visit Connemara Ireland: 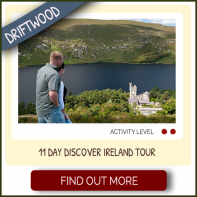 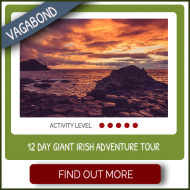