Guinness for Santy: What foods do Irish people eat for Christmas?

What foods do Irish people eat for Christmas? Aside from mince pies, spiced beef and lashings of cream, yes, we really do leave beer for Santa!

What's the one thing you associate with Christmas?

Aside from spending time with family, Christmas in Ireland is a time for eating, drinking and being merry.

'Tis the season to indulge!

Although some Irish Christmas dishes are borrowed and will be familiar to you, Ireland has some unique culinary Christmas traditions of its own.

Spending Christmas in Ireland? Here's more insights on what other Irish Christmas Traditions and Customs to expect.

But read on to find out exactly what food expect ...

🦃 What's In A Christmas Dinner in Ireland?

Irish Christmas food revolves around dinner. Families in Ireland sit down together on Christmas Day to eat a big meal.

Roast turkey is the most popular centrepiece of an Irish Christmas dinner. Alternatives to turkey include roast or boiled ham, both traditional and still popular. Goose or duck would be very traditional but less popular these days. 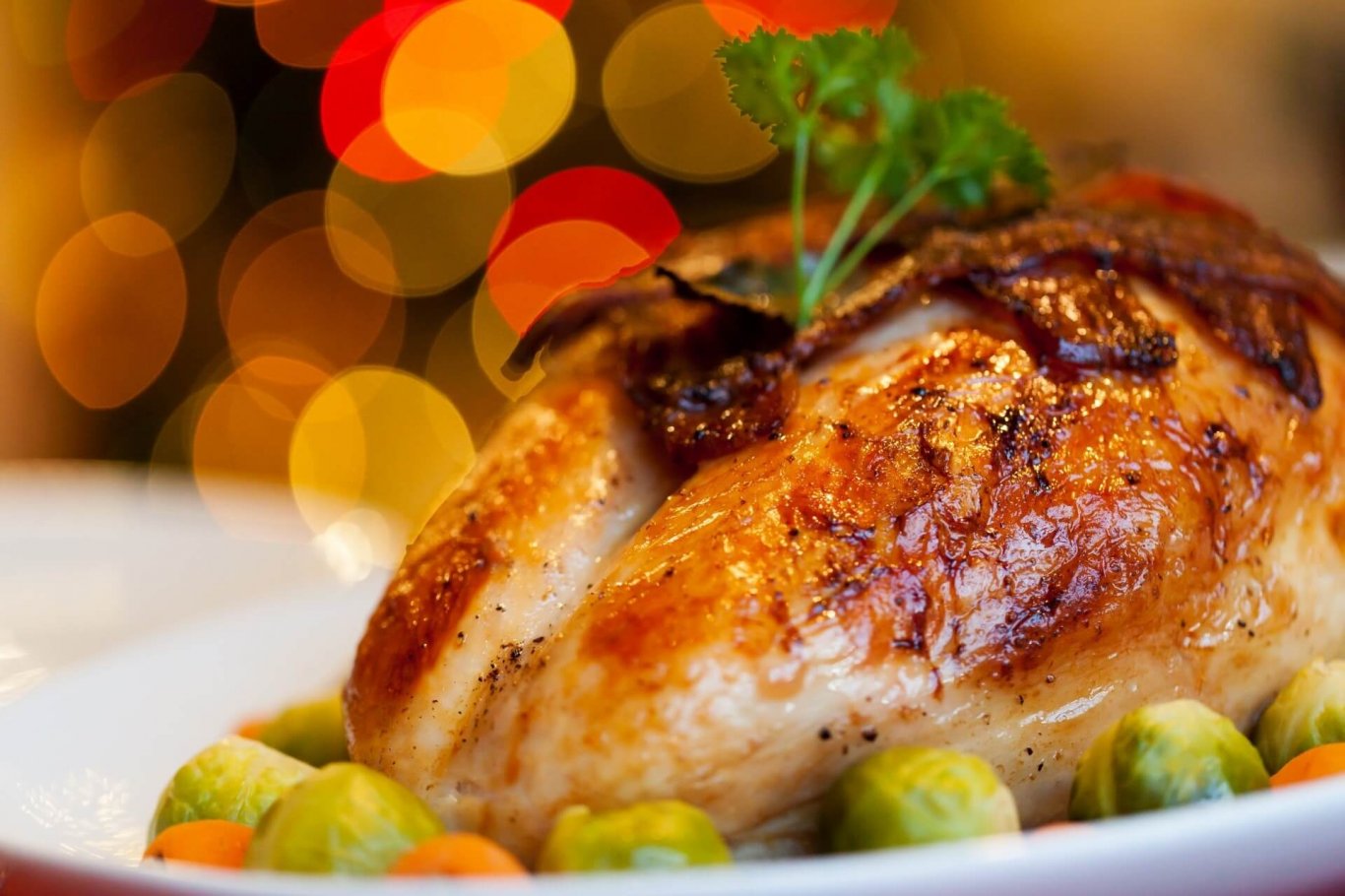 If you're lucky enough to have visited Cork's English Market on a Vagabond or Driftwood tour, you'll notice spiced beef for sale. What is spiced beef? It's a joint of beef, rolled in a mixture of pepper, allspice, cinnamon and cloves. Though traditionally a Cork recipe, it has had a modern renaissance across Ireland. The aroma of spiced beef cooking is very evocative of an Irish Christmas.

These meats are accompanied by traditional condiments such as:

Other traditional side dishes you'll meet in Ireland at Christmas include:

🕓 How Long Does The Christmas Celebration Last In Ireland?

You should probably forget about quick visits to Irish homes over Christmas. And definitely loosen your belt!

Normally, Christmas dinner in Ireland is a lavish affair with multiple courses. It can happen anywhere from lunchtime up to the evening. Or begin at lunchtime and last until midnight.

In between all the eating, Irish people pull Christmas crackers, play parlour games like charades or tell stories and jokes.

🥂 What Do Irish People Drink at Christmas?

Christmas in Ireland is all about socialising. And, for better or worse, socialising in Ireland usually means at least some alcohol.

Family and friends celebrate Christmas together. Sometimes this happens in the pub.

You may also be offered mulled wine, hot whiskey, Irish Coffees or hot spiced port. These winter warmers will be especially welcome after a chilly walk.

Pints of stout, craft beers, cider or lager are ever-present.

And after dinner, expect at least one round of Irish coffees.

🍰 Leave Some Room For Christmas Pudding...

For dessert, Irish people have lots of choice at Christmas...

If you have Christmas pudding left over on St Stephen's Day/December 26, try adding some to a traditional Irish breakfast. The dried fruit complements pork wonderfully.

Mince pies are delicious miniature pastries filled with a spiced nut and dried fruit. Expect to be offered mince pies at all times of the day and night, not just after dinner. Mince pies are often served warm, with lashings of cream and brandy butter.

Another common dessert is sherry trifle, made with cream, sponge and fruit jelly (translation: Jello).

🎅 What Food Do Irish People Leave For Santa Claus?

Just like in the USA and Canada, it's traditional in Ireland to leave out a little something for Father Christmas.

Mince pies. Biscuits (cookies). Even a slice of cheese with crackers.

The surprising thing is that many Irish people also like to leave a drop of Guinness for Santy (as we call him). Down south, proud Cork families leave a bottle of Murphy's Stout. After all, it's cold work delivering presents!

Don't forget to leave something for Rudolph...

Juicy carrots are the preferred reindeer snack in Ireland. 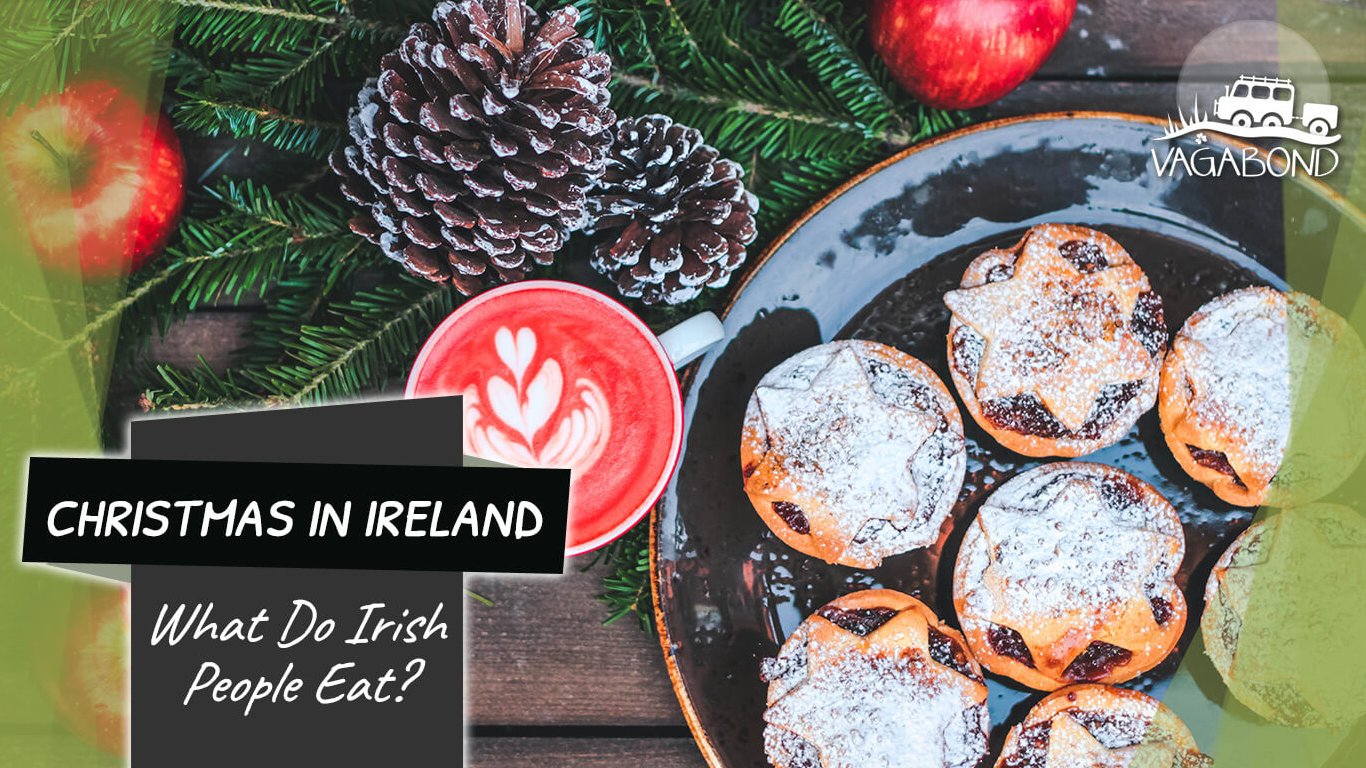